According to the most recent data compiled by the National Highway Traffic Safety Administration (NHTSA), more than 5,000 people died in motorcycle accidents between 2007-2016. Motorcyclists are 28 times more likely to experience a fatal crash than drivers or passengers in cars. In addition, several modern trends are creating hazardous road environments for motorcycle riders, according to the Governors Highway Safety Association (GHSA).

Our attorneys at The Law Offices of Lee Steinberg are Michigan motorcycle accident experts, including wrongful death cases. We have represented motorcycle accident victims for over 40 years. If you or a loved one has been involved in a motorcycle crash, we will fight to ensure you receive the compensation and benefits you deserve under the law. 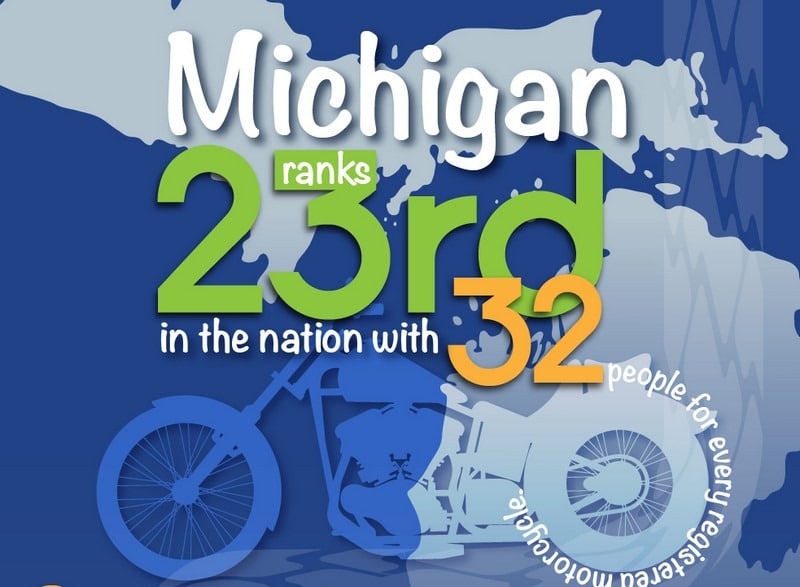 Motorcycle Accidents Can Be Catastrophic

Motorcyclists are incredibly vulnerable in an accident, as there is essentially no barrier between the body and the object with which it collides. Even seemingly minor accidents can have catastrophic effects. 35% of motorcycle accidents cause head injuries, which can result in traumatic brain injury, paralysis, or coma. Other potential injuries can include damage to internal organs, neck or spinal injuries, quadriplegia, paraplegia, severe burns, and broken bones.

PIP benefits cover all reasonably necessary medical expenses related to the accident, up to three years of lost wages, replacement services (to cover household chores or childcare the victim can no longer complete), attendant care such as in-home nursing, medical mileage, out-of-pocket medical costs and vehicle and/or home modifications.

Third-party claims are also available to victims if the driver of the other vehicle was at least 50% at-fault in causing the accident. These claims are for pain and suffering compensation related to the pain and emotional toll the accident placed on the victim.

When someone is killed in a motorcycle accident, surviving family members can file a wrongful death lawsuit. Compensation received from a wrongful death suit can include costs for funeral and burial, medical costs, lost wages, and pain, suffering, and loss of companionship for the survivors.

Working with insurance companies to ensure you get the compensation you deserve can be frustrating and confusing. We can help. Please call Lee Free and speak to our motorcycle accident attorneys at 1-800-LEE-FREE (1-800-533-3733) or fill out the Free Case Evaluation Form. And remember, you pay nothing until we settle your motorcycle accident case.