Should I Disclose My Accident Claim In Bankruptcy? - Call Lee Free
Skip to content 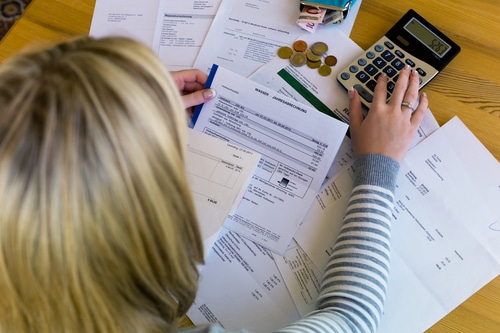 Sometimes the financial pitfalls of life become too much. With mounting credit card bills, car payments, outstanding rent or unpaid mortgage bills, as well as other debts, the ability to make payments becomes impossible and the mountain of debt becomes crushing. When this occurs, bankruptcy can be a viable option to start over and move on with your life.

But what do you do if you have a pending accident claim for compensation? For example, if you are injured in a car accident, and then decide you have to file for bankruptcy, should you disclose the car wreck claim to the bankruptcy trustee when filing your petition? The answer is yes.

The ramifications for failing to do so are dire. If you don’t disclose your accident claim to the bankruptcy court, you can you lose your entire claim for compensation from the injuries you sustained due to the car accident, slip-and-fall, medical malpractice or whatever claim you have pending.

A Court of Appeals case issued last week provides a great illustration. In McDonald v. Yeldon, docket no. 339309 (unpublished, 1/3/2019), a Wayne County woman was injured in an October 2013 car accident. Before the accident, she had filed a petition for bankruptcy protection under Chapter 13. The bankruptcy proceeding was pending when the car accident occurred. Later, the woman converted her bankruptcy to a Chapter 7 and amended her bankruptcy schedules under oath, but omitted the auto accident claim. The bankruptcy court discharged her debts, and the case closed a month later. The woman never disclosed her accident claims as a potential asset in the bankruptcy case.

Almost two years later, the woman filed a lawsuit in Wayne County Circuit Court seeking compensation for her car accident injuries against the person who caused the accident and the vehicle owner. The defendants filed a motion to dismiss, arguing the plaintiff was judicially estopped from pursuing her car accident injury claim because she had earlier failed to disclose this claim during her bankruptcy case.

The trial court originally found for the plaintiff and allowed her to proceed with her car accident case. However, the Court of Appeals reversed, dismissing her entire case for pain and suffering under the rule of judicial estoppel.

What is Judicial Estoppel?

Although judicial estoppel is somewhat confusing, it basically means that a party who has successfully asserted a position in a prior proceeding is estopped from asserting an inconsistent position in a subsequent proceeding. This doctrine is utilized to preserve “the integrity of the courts by preventing a party from abusing the judicial process through cynical gamesmanship.” Browning v. Levy, 283 F.3d 761, (6th Cir. 2002).

Two years later, when she filed her lawsuit for pain and suffering compensation, she was bound by her failure to disclose the car accident claim in her prior bankruptcy case. In addition, even though the plaintiff had not yet filed a lawsuit for her car accident injuries when the bankruptcy case was pending, the fact she had a claim pending for potential compensation needed to be disclosed to the bankruptcy court through an amended listing of assets.

Further, the Court held that whether the bankruptcy is a Chapter 7 or a Chapter 13 makes no difference. Either way, the potential asset (the car accident claim) must be disclosed to the court when petitioning for bankruptcy.

If you are thinking about filing for bankruptcy, and you have a pending accident claim, please call our legal team at the Lee Steinberg Law Firm, P.C. for free at 1-800-LEE-FREE (1-800-533-3733). We can answer any question you have and the consultation is free. In fact, there is no fee at all unless we win your accident case.