What Is the Cost of Not Having Michigan Car Insurance? - Call Lee Free
Skip to content 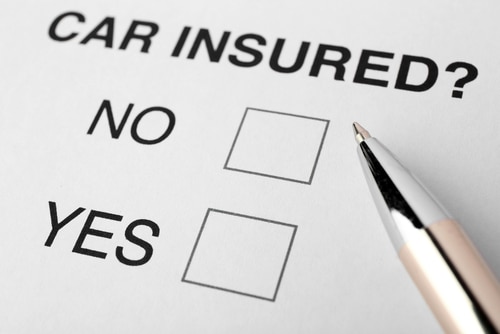 The Cost of Michigan Car Insurance is High, But the Cost of Not Having it Can Be Much Worse

The high cost of Michigan car insurance has been an ongoing issue for awhile now. The insurance industry blames medical providers and even trial lawyers for running up large medical bills following car accidents, thus causing these costs to be passed onto policyholders in the form of higher premiums.

Lawyers and other groups blame the insurance industry, which continues to redline various people and also refuses to open up their accounting books so independent parties can examine just how much the industry is making on auto policies here in Michigan.

Whatever the case, the cost of auto insurance in Michigan has forced many motorists to operate their car and trucks without insurance. The penalties for doing this however are steep. The cost of not having car insurance can be enormous.

Having a Michigan car insurance on a vehicle you own is mandatory. Under the law, if you are a registered or titled owner of a car or truck, and you are involved in a crash and sustain personal injury, you cannot make a claim for Michigan no-fault benefits or even a claim for pain and suffering compensation if your own vehicle is uninsured.

Unfair to Temporary and Out-of-State Drivers

So even if you are hit by a drunk driver, you cannot make a claim against that drunk driver for pain and suffering if you were injured while in your own uninsured vehicle. It doesn’t matter if you were the driver or passenger. The result is the same – there is no case.

In addition, out-of-state car insurance doesn’t count. Again, if you plan on using the motor vehicle in Michigan for more than 30 days, you need to purchase a Michigan car insurance policy. Failing to do so is the same thing as driving without insurance.

I spoke to a nice woman over the weekend who was injured outside Flint. Apparently, another motorist ran a red light, causing that vehicle to t-bone the vehicle she and her husband occupied. Her husband sustained a broken ankle and will probably require surgery. The problem is the vehicle is co-owned by both of them and was uninsured. As a result, I cannot open up a no-fault PIP claim to get his lost wages and medical bills paid.

I can’t even make a claim for any insurance money from the at-fault driver who ran the red light. There is no claim for non-economic damages – such as pain and suffering – because he was in his own uninsured vehicle at the time of the wreck.

The woman I spoke to was distraught over the telephone. She couldn’t believe it. I explained to her that this is the law, however unfair and ridiculous it is.

I understand the high cost of purchasing car insurance in Michigan. However, it is vitally important to do everything you can to make sure the car you are driving and own has insurance. You never know when another motorist will do something horribly wrong, causing your life to change in an instant. Without car insurance, there is no protection. There is no avenue for recovery.