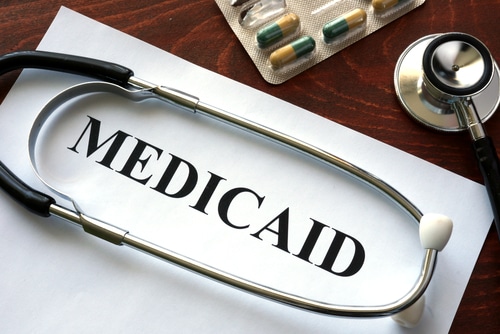 The Michigan State senate passed a controversial bill last month that would require Medicaid recipients who are considered “able bodied” to work at least 29 hours per-week to continue receiving health care benefits. The Senate bill contains a number of onerous provisions that make it difficult for well-meaning people to obtain Medicaid insurance.

For example, it does not provide funding for support services, such as child care, transportation or job training. It also leaves open the possibility that individuals who are indeed disabled, but not officially disabled under stringent federal guidelines, would be ineligible to receive much needed Medicaid benefits.

If the Senate bill passes the state House and is signed by Governor Snyder, it will greatly affect the more than 2.5 million Michiganders (nearly a quarter of the state’s population) that get health care insurance through Medicaid and Healthy Michigan, the Affordable Care Act expansion of the program.

One can easily guess where the bill sponsors live and who they represent in Lansing.

The bill supporters argue that the bill does grant a carve out for individuals who are considered disabled. However, this declaration ignores the fact that being designated “disabled” by the government is no easy task. And what happens to all the people caught in the middle?

Applying for and receiving Social Security Disability through the federal government is often a long and arduous process. Most applications are denied at the initial stage, and applicants who are denied have only 60 days to file an appeal. Once an appeal is filed, it often takes an additional 18 months to have a hearing with a magistrate to determine if one can obtain disability benefits.

Our law office handles hundreds of Social Security Disability cases each year.  Almost all successful cases we handle require detailed medical records indicating the persons disabilities and why he or she cannot be gainfully employed.

Many of our clients only have source of health insurance – Medicaid. If their Medicaid benefits are taken away because they fail to meet the work requirements as mandated by the potential law, how can they prove they are disabled and thus entitled to Medicaid benefits.

Thousands of Michigan residents would be stuck between a rock and a hard place. Too sick to work to maintain Medicaid insurance, but unable to prove their disability because of the lack of health insurance they lost.

It is this author’s opinion that people who are able to work, should work. But tying basic health insurance to large work requirements that don’t take into account the basic realities of our government’s Social Security Disability system is unwise and borderline immoral. Let’s hope Governor Snyder does the right thing and vetoes this legislation if it ever hits his desk.