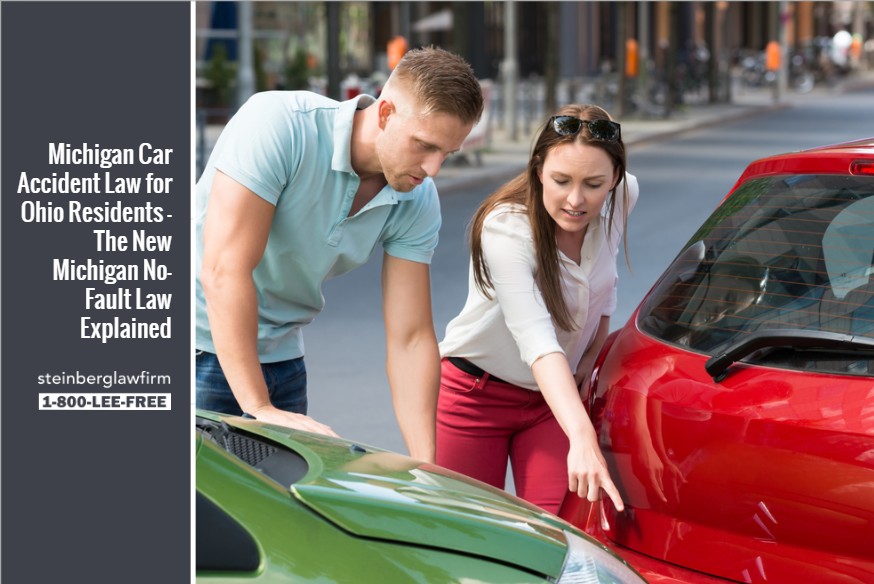 Key Points in This Article:

The New Difference Between Michigan and Ohio Car Accident Law

This additional hurdle is important to understand. Under Michigan law, the accident victim has to demonstrate a “threshold” injury, something that is not required under Ohio law.

There are three threshold injuries under Michigan car accident law: (1) death, (2) permanent, serious disfigurement, and (3) serious impairment of body function. Almost all Michigan car wreck injury cases involve this last threshold, and this is the threshold I will explain in this article.

(5) As used in this section, “serious impairment of body function” means an impairment that satisfies all of the following requirements:

(a) It is objectively manifested, meaning it is observable or perceivable from actual symptoms or conditions by someone other than the injured person.

(b) It is an impairment of an important body function, which is a body function of great value, significance, or consequence to the injured person.

(c) It affects the injured person’s general ability to lead his or her normal life, meaning it has had an influence on some of the person’s capacity to live in his or her normal manner of living. Although temporal considerations may be relevant, there is no temporal requirement for how long an impairment must last. This examination is inherently fact and circumstance specific to each injured person, must be conducted on a case-by-case basis, and requires comparison of the injured person’s life before and after the incident.

This definition is a mouthful. But in general, it means a few things.

First, the injured person must show the impairment is objective, meaning it is observable from an imaging study or by a medical professional. The impairment cannot be something that an injured person just says is happening to them. It must be objectively found. For example, a fractured leg demonstrated by x-ray or a herniated disc in an MRI are objective findings. A muscle spasm observed by a doctor is also an objectively manifested impairment.

Now, what does that mean? Well, under the new law we are given some guidance. According to the law, it first means the impairments from the injuries had an influence on some of the person’s capacity to live or his normal manner of living. In other words, the impairments don’t have to be catastrophic or awful. But they do have to affect a person in a meaningful way that influenced or changed the person’s manner of living.

The new definition also says the impairments don’t have to be permanent and each case is different. Therefore, a judge must review the person’s life before the accident and compare it to after the accident when deciding whether a person has a serious impairment of body function.

If a person reaches this threshold, then they are able to make a claim for compensation from a jury. Again, like in Ohio, the injured person must still prove the other driver was at fault (negligence). And the injured person must still prove his injuries were caused by the car crash (causation). But in Michigan, a threshold injury must also be demonstrated.

Under the new Michigan law – MCL 500.3113(c) – a person is not entitled to be paid personal injury protection (PIP) benefits for injuries from a motor vehicle accident if “the person was not a resident of this state, unless the person owned a motor vehicle that was registered and insured in this state.”

Because of this law change, almost all Ohio residents injured in Michigan will never be able to obtain Michigan no-fault benefits. The recovery of outstanding medical bills, wage loss and other “economic damages” will now have to be recovered against the other driver through a standard negligence case. Except, as explained above, the Ohio resident will have to demonstrate a “threshold injury” to recover even these losses.

This unfairness was never explained by the legislature when the new law was passed. It is the author’s opinion that it is a complete giveaway to the insurance lobby who wrote the bill. It also treats Ohio residents who live on the Michigan border and enter the state for work unequally.

Michigan car accident law differs in many ways from Ohio car accident laws. Ohio residents who are injured while traveling in Michigan must be aware of these differences.

The Michigan car crash lawyers at the Lee Steinberg Law Firm, P.C. have helped numerous Ohio residents injured in car wrecks in border counties such as Monroe, Hillsdale, Lenawee, and Branch, as well as in cities such as Adrian, Tecumseh, Dundee, Hillsdale or Coldwater.

Our dedicated and professional staff of Michigan car wreck injury lawyers are standing by, ready to assist you in answering your questions. Please contact us toll free at 1-800-LEE-FREE (1-800-533-3733). The call is free and there is never a fee unless we win your case.