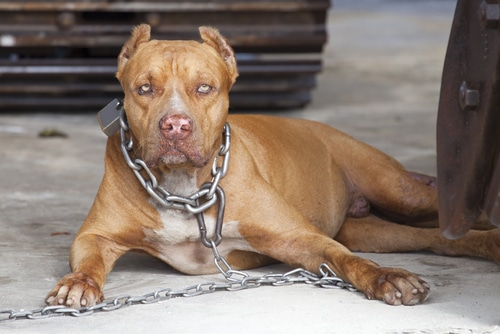 A new bill has been passed in Michigan targeting dog breed legislation. Senate Bill 741 is trying to prevent the banning of pit bulls and other breeds some communities have deemed dangerous. Animal groups across the country have spoken out in favor of legislation of this type. Among others, the Grand Rapids Pitbull Alliance avows that they are 100% behind the bill.

Senate Bill 741 states local governments “shall not enact or enforce an ordinance, policy, resolution, or rule that regulates a dog based upon breed or perceived breed.” This bill was recently approved by Michigan’s Senate Judiciary committee and really means that local ordinances can’t be created to pick and choose the types of dog breeds allowed in individual communities. Although, issues around breed bans have cropped up around the state in recent years this bill wouldn’t impact local jurisdictions right to put ordinances or rules in place that put restrictions or requirements on dogs generally or dog owners.

Chairman Sen. Rick Jones, R-Grand Ledge said SB 742 addresses that “we shouldn’t be prejudiced against any one breed, we should object to bad owners.” He said in his experience in police work, bad treatment from owners was what conditioned dogs to act out, not any specific breed. Arguments are well alive on both sides of this issue and it is probably a good thing that SB 741 is part of a larger package that was also approved by the committee.

The Senate and House would need to pass the four bills, and then they would need to be signed by the Governor to become law. As dog bite and attack legal experts, the Law Offices of Lee Steinberg will update the movement of these bills for our blog readers in a future post.

Dog Owners Could Be Liable for Bites and Attacks

The principal defendant in ‘most’ dog bite and dog attack cases is the dog owner. In Michigan, there are three theories of liability for dog bites and attacks.

However, if a person is not bit by a dog, then the Michigan dog bite victim cannot make a claim for money damages using the Michigan dog bite statute. Instead, the victim must use one of the other two theories of liability. Typically, a Michigan dog attack lawyer will assert a negligence claim against the dog owner for not restraining his animal or otherwise acting responsibility in handling his dog.

Our Michigan dog attack attorneys have been representing individuals attacked by dogs for over 40 years making the Law Offices of Lee Steinberg and 1-800-LEE-FREE experts in Michigan dog bite and dog attack cases. Our experienced team of Michigan dog bite lawyers is dedicated to fighting to get you the compensation you deserve.

Please call our Michigan dog bite lawyers at 1-800-LEE-FREE (1-800-533-3733) or fill out the Free Case Evaluation Form so we can answer any questions you may have about Michigan dog bite and Michigan dog attack law. You pay nothing until we settle your dog bite case. Let us help you today.