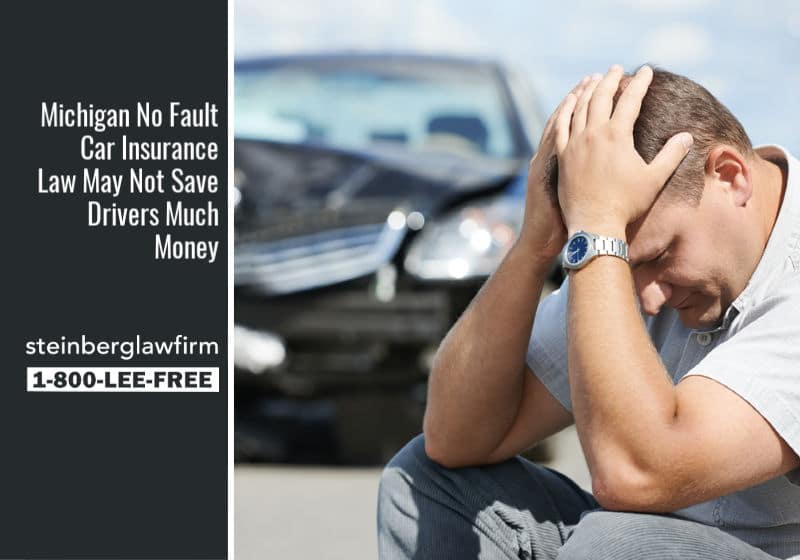 When the legislature passed and the governor signed the new Michigan no-fault law last spring, we were all told the new rules would guarantee a huge amount of savings for Michigan drivers. After years of debate, the legislature promised a reduction in auto insurance premiums, in particular the cost of personal injury protection coverage, better known as PIP coverage.

Beginning in July, customers can choose different caps of coverage, subject eligibility requirements. Under the law, the caps are supposed to have a guaranteed rate of reduction in the medical portion of each insurance premium. These caps, and the corresponding “guaranteed” rate reductions are the following:

But a report analyzing early filings from auto insurance companies has discovered something quite different. According to Douglas Heller, an insurance consultant hired by the Coalition Protecting Auto No-Fault (CPAN), the savings are so large.

According to the report, two insurance carriers, Auto-owners insurance and Citizens Insurance have released their filings indicating their pricing activity as we move into the new market. Instead of lowering the cost of PIP coverage to reach the guaranteed savings mandated by the new law, they are simply relying on cuts to the annual catastrophic claims fee to ensure the required price reductions.

First a little background. Because all current Michigan no-fault policies have unlimited PIP, there are some accidents that are catastrophic and result in costs that can stretch into the millions. To help finance this, the Michigan Catastrophic Claims Association (MCCA) was created by the state. This organization pays for the expenses resulting from a catastrophic claim after a certain dollar amount of payments is hit. Currently, that mount is around $580,000. To fund the MCCA, each policyholder pays an annual fee. Last year, this fee was roughly $220.00.

Under the new law however, apparently a reduction in the catastrophic claims fee counts towards the car insurer’s obligation to reduce the cost of medical coverage. A decrease in the MCCA fee was already promised last year because with so many drivers selecting limits below the MCCA threshold, the fund will almost never be needed for new claims.

The insurance companies are using reduction in the MCCA fee announced last year and putting it towards the mandatory reduction they must meet this year.

According to the CPAN report, Citizens Insurance plans on actually raising its rates by $17.3 million in July 2020. They will do this despite the fact the new law was sold to the public on lowering rates. They will achieve this by charging 3% more for a $500,000 no-fault policy than it charges currently. Citizens policyholders will realize savings because the $200 MCCA fee is going down 55%, to about $100. This shenanigan of “robbing Peter to pay Paul” allows Citizens to meet the 20% savings that is mandated under the law for $500,000 in PIP coverage.

Citizens Insurance is denying it will raise rates by $17 million because the many drivers will choose less than the unlimited coverage.

Whether this is accurate remains to be seen. But there is no doubt Citizens Insurance is not honoring the intention of lowering PIP costs when the law was passed. Although this point should surprise absolutely nobody – we are talking about an insurance company for crying out loud – it is reality. They are only meeting the mandatory reduction in the medical portion of a car insurance policy in Michigan by mixing up payment categories.

And this reality is something myself, and a lot of other folks, predicted when this law was passed in the dark of night a year ago.

What’s also intriguing is the report also finds that any “savings” found in medical coverage of the new car insurance policies will be eaten up by the new law’s higher bodily injury minimums. Currently, the minimum amount of bodily injury (BI) coverage is $20,000 per person/$40,000 per occurrence.

Beginning in July, the state minimum increases to $50,000/$100,000, with a set default rate of $250,000/$500,000. Based on the filings currently available to the public, the report believes there will be a 10% increase in the cost of BI coverage for Citizens policyholders. Along those same lines, Citizens expects at 5.7% increase in the cost of uninsured motorist and underinsured motorist (UM/UIM) coverage.

An entire new world is beginning very soon. The days of unlimited PIP coverage that provides incredible medical services for individuals hurt in very serious Michigan car crashes is ending. This benefit was supposed to result in a huge drop in Michigan’s expensive auto insurance market. But it is looking that is increasingly likely this will not happen.

If you have any questions about the new Michigan no-fault law, including the new PIP coverage plans, please give us a call at 1-800-LEE-FREE. Our team of Michigan car accident injury attorneys can assist you in answering your questions. We have obtained hundreds of millions for our clients, and we never charge a dime unless we win your case.