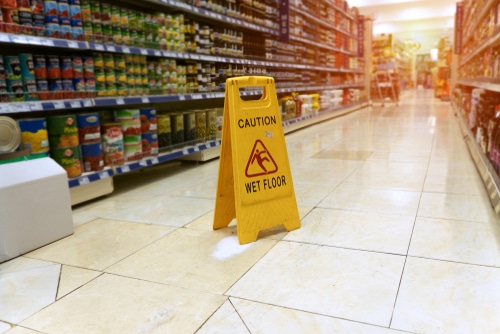 The bill, known as Senate Bill No. 1017, seeks to codify the “open and obvious” defense and other rules to give property owners and landowners blanket immunity for injures that occur on their properties.

Over the past 50 years, premises liability law in Michigan has been shaped through a number of cases decided by our state’s appellate courts.  Over time, these rulings have set forth a body of law, or case law, that trial courts all over the state must follow. This case law has precedential value and explains the framework for the duties and responsibilities of landowners to their guests in Michigan.

Landowners Have the Upper Hand

Based on a serious of decisions by the Michigan Supreme Court over the past 20 years or so, property owners have gained powerful defenses they can use when defending claims of negligence for injuries that occur on their property. The most notable defense is the open and obvious defense, which basically says that a landowner is not responsible for a defect that a reasonable person upon casual inspection would have discovered.

The open and obvious defense seeks to remove liability to property owners for conditions that are known or obvious. The defense applies to almost all individuals, save for those rare occasions where there is a statutory duty on the property owner to keep his or her premises in reasonable repair (e.g. landlords, governmental buildings).

If the condition, is open and known, the landowner has no duty to warn or inspect the danger. Because there is no duty, there is no negligence and thus no case.

Since the Michigan Supreme Court’s 2001 landmark decision in Lugo v. Ameritech, which greatly expanded the open and obvious rule and severely limited its exceptions, the number of slip and fall cases that can be filed has decreased dramatically. Currently, landowners and insurance companies have the upper hand – by a lot. Getting around the open and obvious rule is extremely difficult. Most Court of Appeals decisions side with landowners by a wide margin.

Why Did Landowners Want to Codify the Open and Obvious Rule?

So why the need to codify or make the open and obvious rule a statute? Well the reasons appear to be many.

First, the sponsors of the bill are all Republican sponsors from the west side of Michigan who appear to be doing the bidding of some rich and powerful land owners and corporations.

Further, the language in the bill is very problematic and most likely further expands the barriers individuals have in seeking compensation for injuries suffered due to a defect on a property.

The bill grows the entities that can use the open and obvious defense to not only landowners, but “possessors”, such as general contractors doing a remodeling or renovation project.

Some of the worst injuries and acts of negligence come from general contractors or subcontactors who fail to use reasonable care when performing work. But if they are deemed a “possessor” of the land, which often happens when a contractor takes over a building to do repairs, they can claim the faulty railing left in the middle of a work site is open and obvious, thus escaping all liability.

In addition, the bill’s language seems to limit the times when a landowner has a duty to use ordinary care to protect its commercial guests (invitees). Per the language of the bill, only when (1) the risks of harm are unreasonable and (2) the landowner knows or should have known that the condition involves an unreasonable risk of harm, can the landowner be held responsible. Although this is close to current law, codifying such a rule makes it even more difficult to pursue a negligence case against a landowner.

The huge corporations and insurance companies behind this bill may also be concerned about a change in the makeup of our state’s Supreme Court. New justices who arrive on the court may have a different interpretation of when the open and obvious defense applies and how it applies. These justices may follow the narrower interpretation exposed in the Restatement (3rd) of Torts, an interpretation that almost all other states in our nation follow.

Other states also permit other exceptions to the open and obvious rule, exceptions not found in the Senate bill.

Last, from a moral point of view, what’s the point of this bill? At the end of the day, it only gives bad actors even more incentive to not clean up after themselves. Under the language found in the Senate bill, the messier and more dangerous a restaurant or grocery store is, the more open and obvious the condition is and the more likely the landowner will escape all liability.

This Bill Rewards the Wrong People

Is this what we want to encourage? Is this a good thing for Michigan citizens? I think we’d all agree that we want to shop, walk and enjoy establishments that are more safe, not less.

But this bill rewards bad landowners who don’t want to spend the money to make their places safe for the general public. And at the same time, it signals to good landowners that spending money on things like trash clean up, salting when it snows, or cleaning up spills only makes it harder to escape liability.

This bill is a rush to the bottom of the barrel. Let’s hope it dies in the legislature.

As you can tell, slip and fall cases can be tricky, with legislation, interpretations, and legal precedents stacked against you. It is more important than ever to have an experienced team of attorneys working for you. With over 40 years of experience, The Lee Steinberg Law Firm knows how to win.

Give us a call at 1-800-LEE-FREE or fill out the form for a free consultation. There are no legal fees unless you get money, so there is no risk involved.