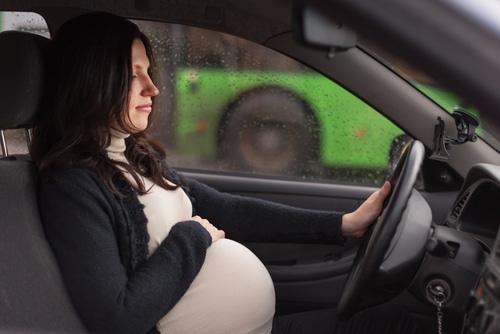 A 28-year-old mother of four died in a two-vehicle crash in Northwest Grand Rapids on August 11. The woman was pregnant at the time of the accident, and the infant was delivered via emergency cesarean section but died the next day.

Police reports say the late morning crash occurred at the intersection of Lane Avenue NW and Third Street. The victim’s van was struck broadside by an eastbound Cadillac Escalade that failed to stop at a stop sign. Unfortunately, the pregnant woman was not wearing a seat belt at the time of the crash which resulted in her being ejected from the vehicle and then struck by it as it lost control and rolled over her, according to police. The crash remains under investigation by the Grand Rapids Police Department and the driver of the Escalade is cooperating.

What a devastating event for the deceased woman’s family and children. Our thoughts are with them during this difficult time.

The Centers for Disease Control and Prevention (CDC) report nearly 170,000 car crashes in the U.S. each year involve pregnant women. This ranks motor vehicle injuries high as a leading cause of death and injury for pregnant women. Car accidents also contribute significantly to a woman’s chances of having a high-risk pregnancy and fetal traumas that often create tragic birth outcomes caused by placental detachment (which accounts for 80 percent of all fetal deaths) following a car crash. It is important to have a medical professional check both mother and baby out immediately following a crash or accident of any kind.

The National Highway Traffic Safety Administration (NHTSA) recommends these extra driving tips for women who are pregnant to keep both themselves and their unborn child safe from unpreventable auto accidents.

Lastly, and although easier said than done, but when finding it uncomfortable or difficult to operate a motor vehicle of any kind, just don’t drive.

Our Auto Accident Attorneys Can Help You

The truth is, even the unthinkable can happen to the safest driver out there and maternal injuries and neonatal death resulting from car crashes happen far more frequently than most of us realize. If you are an expectant mother and you were injured in a car accident, the auto accident attorneys at the Lee Steinberg Law Firm would like to speak to you.

Call us today for a free consultation about your case: 1-800-LEE-FREE or fill out the Free Case Evaluation Form.