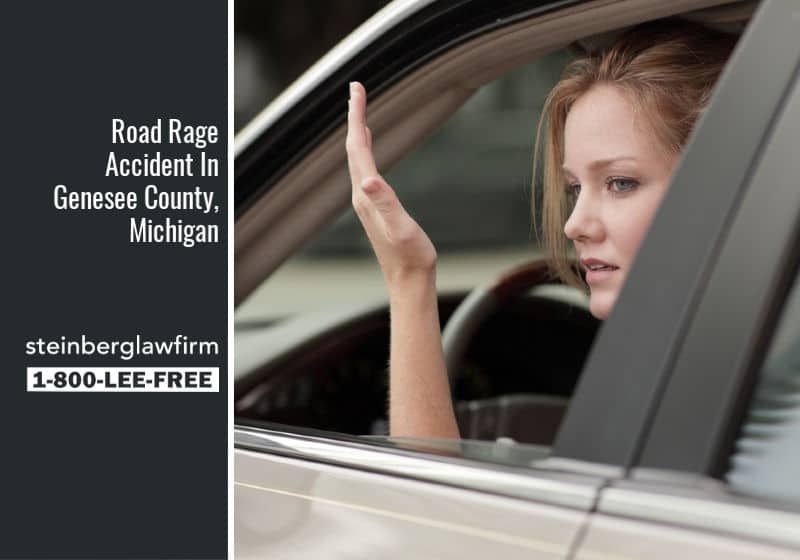 Mt. Morris Township police have reported that a violent crash has left one person dead and another fighting for their life, sparked by a road rage incident. The 33-year-old man who rear-ended a married couple was also injured and expected to be criminally charged. Local news reports from Flint have gathered these crash facts from the local Police Chief Terence Green.

Although the man responsible for the crash was not trapped in his truck, he never called for help and is not cooperating with authorities. Investigators believe he intentionally crashed into the couple as a result of road rage.

The National Highway Traffic Safety Administration defines road rage as a “combination of moving violations that endanger the safety of other persons or their property.” Additionally, eight in 10 drivers experience road rage, and men are more prone to road rage than women.

Understanding Why People Become Malicious Behind the Wheel

In the U.S., two out of three traffic fatalities occur due to aggressive driving. Aggressive driving behaviors may involve malicious persons out to hurt or harm others physically or inflict fear and control on the road. Rage-like driving behavior is often caused by factors entirely unrelated to traffic conditions, such as a personal crisis related to family, job, or mental wellness. It can also be triggered by distracted driving or drunk driving. However, some drivers may feel frustrated and act out of rage when they are cut off, unable to change lanes, or get stuck behind a slow-moving driver or in congested construction zones. These driving behaviors may cause a motorist to become angry and impulsive towards others.

Road rage incidents nearly always end with serious injuries to many, including innocent pedestrians or others sharing the road. For the victims who survive, many remain to be challenged for a lifetime due to traumatic brain injury, spinal cord injury, paralysis, post-traumatic stress, and ongoing financial struggles to cover medical costs.

Unfortunately, not all Michigan’s drivers are courteous or practice safe driving behaviors. Some drivers clog up roadways and cause major personal injuries to others with their accident-prone driving decisions like speeding, violating traffic sign laws, driving while distracted, impaired or with aggressive anger. If you start to notice that you are feeling frustrated while operating a motor vehicle, follow this guidance to adjust your driving behavior.

If you find yourself sharing the road with a motorist who is making risky decisions that could trigger a road rage incident, it is important to do your best at avoiding any interaction. Back away from the rage-filled car or truck by changing lanes to create space. Do not respond to the aggressive driver’s gestures, shouts or other behaviors. If you feel threatened or in danger, dial 911 immediately and provide your location and a description of the vehicle.

Have You Been Injured in a Road Rage Accident in Michigan?

The Law Offices of Lee Steinberg, P.C. has helped families all over Michigan obtain millions in personal injury and wrongful death benefits. Please call us at 1-800-LEE-FREE (1-800-533-3733), so we can answer your questions. The call is free, the consultation is free, and we don’t charge anything until we win your case.

Watch: No Fault and Bodily Injury Claims – How long after my accident can I file for benefits?