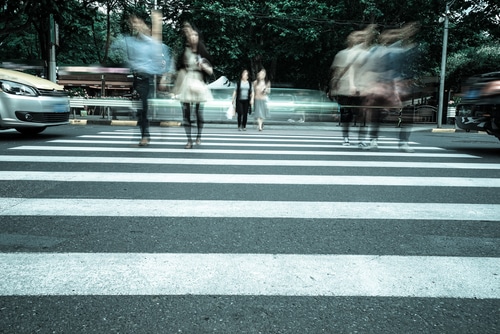 Several national news outlets have reported that a 48-year-old Arizona woman died after being hit by a self-driving Volvo XC90 SUV operated by Uber, in what appears to be the first known death of a pedestrian struck by an autonomous vehicle on a U.S. road. Police reports state the woman was walking her bicycle outside the crosswalk on a four-lane road in the Phoenix suburb of Tempe, Arizona, when she was hit by the self-driving vehicle at about 40 miles per hour. A human safety driver was at the wheel at the time of the accident.

Most of us have heard by now that autonomous cars will be the future of automotive fleets and offer a safer form of transportation over human drivers. These machines are dubbed to reduce driver errors caused by distractions, speeding, and driving under the influence. Unfortunately, technology companies continue to battle with teaching the self-driving car computers how to react in unexpected situations, leaving many to wonder how ready the U.S. really is to share the roads with autonomous vehicles.

This being the first fatal crash of its kind, questions and speculation have erupted in other states deciding on self-driving car laws. Not much has changed in Michigan though. In late 2017, Michigan Gov. Rick Snyder signed a package of automaker-backed bills, 995, 996, 997, and 998, that establish regulations for the testing, use, and eventual sale of autonomous vehicle technology. The laws allow testing of vehicles without steering wheels, pedals, or needed human control. Michigan has two private facilities dedicated solely to testing self-driving cars.

While your opportunity to buy a self-driving car is still a couple years away, and is not guaranteed, there are some vehicles already available to Michigan consumers that are equipped with autonomous driving software and features to assist with operator controls. For example, Volvo has a car with an automatic braking and steering feature, and Tesla’s Autopilot system can brake, accelerate and steer by itself under certain conditions.

Driver Safety Is Our No. 1 Concern

As self-driving technology is aimed to create a reduction in traffic accidents, what happens if innovation trumps motor vehicle safety and standards aren’t set into place before more autonomous motor vehicles hit the streets? If accidents like the one in Arizona keep occurring – what are the Michigan laws to support a victim and their family? Will the fault stay with a driver or move to the car manufacturer, or the author of the new technology or a ride-share service company? We will continue this conversation as automated driving is slated to take control of Michigan roadways in the future. Stay connected and be sure to share your thoughts with us.

In addition, if you have been involved in a self-driving vehicle auto accident of any kind, protect your legal rights and contact Lee Free at 1-800-LEE-FREE (1-800-533-3733) today for a free consultation. We look forward to answering your questions and working for hard for you.