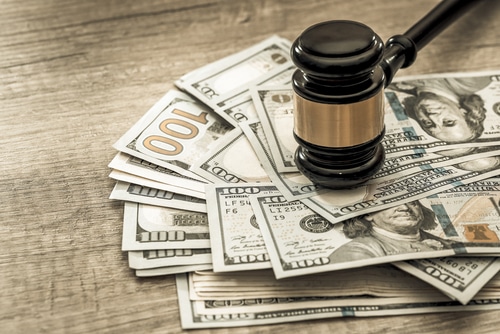 The Lee Steinberg Law Firm, P.C. is very happy to report that our Oakland County car accident attorneys were able to obtain a large settlement for a nice grandfather from a horrible car wreck.

In early 2016, our client was traveling northbound on Telegraph Road at Elizabeth Lake Road in Pontiac, Michigan when another vehicle crossed the center line and struck our client head on. The Oakland County Sheriff’s Department issued a citation to the at-fault driver. The impact from the collision was so severe that neither vehicle was driveable from the scene.

As a result of the car accident, our client suffered a two-level disc herniation at L4-5 and L5-S1, a fracture of the right fibula, and deep vein thrombosis (DVT) of the lower right leg.

Our client, a self-employed electrician, was taken from the accident scene to McLaren Hospital in Pontiac, Michigan. X-rays were taken showing an incomplete traverse fracture of the right fibula. He was also treated for deep swelling in the right leg.

Upon discharge from McLaren Hospital, our client followed up with his primary care physician for treatment over the next month. His doctor prescribed various pain medications and fitted him with a cast and walking boot for the right leg. Eventually he was referred out to an orthopedic specialist who monitored the right leg fracture and its healing process. He also placed our client on blood-thinners which he continues to take to the present for treatment of DVT.

Our client also sustained a low back injury from the car accident. At first, his pain management doctor treated the low back pain with pain medication. However, after MRI showed a two-level disc herniation in his low back, he was referred out for physical therapy. When this was not successful in alleviating the pain, he was referred out for a transforaminal lumbar epidural steroid injections under fluoroscopic guidance at L4-5. He received a total of three epidural steroid injections.

Our client’s life changed drastically due to the car accident. Prior to the accident, he was an active person who enjoyed dancing, interacting with his 26 grandchildren and 11 great-grandchildren and working as an electrician. Following the accident, he had immense difficulty in maintaining an active role in his grandchildren’s and great-grandchildren’s lives. He could not stand, sit or walk for long periods of time. He used to walk at the track or mall 3 times a week and also walked around his neighborhood on average 4-5 miles per day. This is now impossible due to the car accident.

In addition, he had a large garden which he loved to plant and maintain along with his yard. He has not been able to do that since the car accident.

Our client lost out on a lot due to the negligence of another driver during that winter day on Telegraph Road. The car accident forever changed his life and the life of his large, devoted family. Our office is very happy we were able to give him both a large settlement award and a feeling of justice following this horrible event.