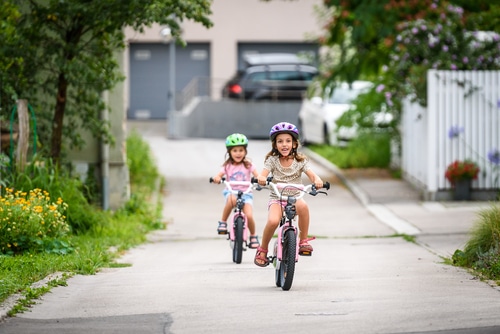 Already this month, deadly Michigan bike accidents, all involving children, have become all too common due to poor driver decisions such as driving under the influence of alcohol, speeding, and driving without a license and proper road training.

Michigan State Police are investigating a fatal nighttime crash between a bicyclist and a car in Hillsdale County. Investigators say a 16-year-old boy from Jonesville was riding his bicycle on Mosherville Road near Borden Road and was involved in a collision with a westbound car just before 10 p.m. That car was driven by a 20-year-old Jonesville resident. The boy was then taken to Hillsdale Hospital where he later died of his injuries. While Troopers are continuing the investigation, they do believe alcohol was a factor in the crash.

In another devastating story, a teenage boy was recently killed while riding his bicycle in Wixom. Police say this time it was a speeding car that hit the boy on Potter Road near Black Locust Drive. Investigators say the driver left the young boy to die on the road, before ditching his minivan in Commerce Township. Police found the driver the next day and he was taken into custody in Lansing.

A tragedy in Muskegon also unfolded when an unlicensed driver was accused of a girl’s fatal hit and run in Muskegon Heights. The girl was only 6-years-old. The man responsible has been issued two felony charges by the Muskegon County Prosecutor’s Office including a felony count of operating an automobile while his driver’s license was suspended or revoked causing death and a second felony charge for failing to stop at the scene of an accident resulting in death.

Michigan bicyclist deaths increased 15 percent in 2016, according to the Michigan Office of Highway Safety Planning. In 2014, there were 21 fatalities, which rose to 33 in 2015 and to 38 in 2016. Bicyclists, especially children, are far more vulnerable to a fatal injury than drivers and passengers in cars when an accident occurs. All of the horrific deaths of children mentioned above could have been prevented if the motorists responsible had made good driving decisions to not drink and drive, slow down, follow the law and learn how to drive. Our thoughts are with the families of those lost.

Our attorneys at The Lee Steinberg Law Firm have represented bicycle accident victims and their families for over 40 years and are experts on these cases. If you have lost a loved one as the result of a car crash involving a bicycle, our team of experienced attorneys are here to answer any questions you may have about Michigan wrongful death cases. The Michigan Wrongful Death Act allows the personal representative of the estate of a deceased person to bring an action in court if the death of the person was caused by the wrongful act or negligence of another.

Please call Lee Free and our bicycle accident attorneys at 1-800-LEE-FREE (1-800-533-3733) or fill out the Free Case Evaluation Form. And remember, you pay nothing until we settle your case.