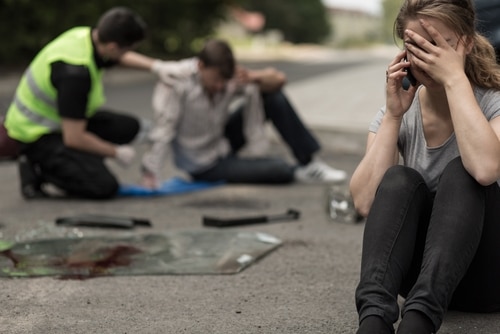 The Michigan Court of Appeals ruled there a Michigan woman could proceed with a third-party claim for pain and suffering compensation following a car accident.

In Johnson v. Glosson, docket no. 33407, unpublished (11/16/17), an Oakland County judge ruled the plaintiff had not presented enough evidence to demonstrate she had sustained a threshold injury, and therefore was entitled to pain and suffering damages. Under Michigan law, to receive compensation for non-economic damages (pain and suffering), a claimant must have a threshold injury caused by the Michigan auto accident. There are three types of threshold injuries: (1) death, (2) permanent, serious disfigurement, and (3) serious impairment of body function.

This definition has caused fighting going on three decades between insurance companies, plaintiffs, judges, juries and basically anybody involved Michigan car accident law. Under the most recent Michigan Supreme Court decision to weigh on what constitutes serious impairment of body function, our Court in McCormick v. Carrier, 487 Mich 180 (2010) said whether someone has suffered a serious impairment is inherently fact and circumstance-specific and such analysis must be conducted on a case-by-case basis. Further, a plaintiff’s impairments need not be permanent.

Ruling on This Case

In the Johnson case, the Michigan woman involved in the car accident had presented enough evidence to raise a genuine dispute as to whether her impairments affected her ability to lead a normal life. Therefore, the appeals court reversed the trial judge’s decision, and reinstated the case, giving the woman the opportunity to obtain pain and suffering compensation.

In doing this, the court found that her own treating doctors found a tear in her left shoulder that was caused by the car accident, and that the tear prevented her from reaching overhead and lifting objects with her left arm. In addition, although she had some degenerative conditions not caused by the car accident, she had “a number of acute findings that suggested that the October 22, 2014 accident either caused new injuries to plaintiff or aggravated a preexisting condition, or both.”

This decision is a positive one for people injured in Michigan car wrecks throughout the state. This decision can be used by other claimants, like our clients, to show insurance companies that they too have sustained a threshold injury. The Lee Steinberg Law Firm, P.C. will monitor this case and see if the insurance company for the defendant attempts to get the Michigan Supreme Court to once again review this threshold inquiry.

To get money in a Michigan car accident case you have to have what’s called a threshold injury. And to have a threshold injury you really have to show that your life has changed in a meaningful way. It doesn’t have to be permanent, but it does have to be somewhat significant. And you do that by showing work loss, medical treatment, what restrictions you have, and what recreational activities and hobbies that you can’t do that you could do before.