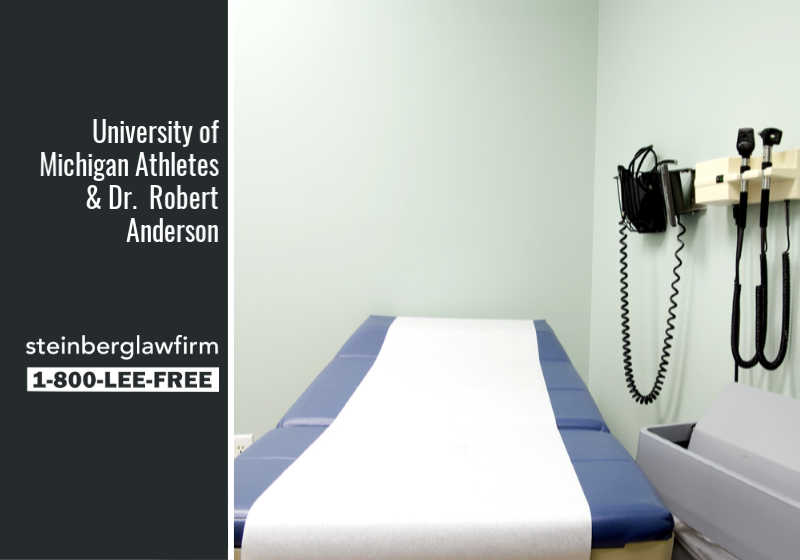 The University of Michigan, located in Ann Arbor, has opened a hotline for former student patients of the late Dr. Robert Anderson to report sexual abuse and misconduct. Since February 19, 2020, more than 100 calls have been made to the number regarding the UM athletic doctor’s conduct going as far back to 1975, showing similarities to former Michigan State University doctor Larry Nassar’s abuse scandal.

Authorities are assuming the number of those involved is much more than currently reported. Victims are likely to include former football players, wrestlers, and other male college athletes. A member of the 1997 football national championship team and a former NHL hockey player is one former patient accusing Anderson of unnecessary and intimate exams.

According to an extensive police report compiled by UM police and summarized by local media outlets:

According to the detailed police report, for decades, multiple UM staffers said they heard rumors about Anderson’s inappropriate conduct during medical exams. Others, including a former UM head football coach and assistant athletic trainers, said they had never heard anything bad about Anderson and “couldn’t think of anything negative to say.” Some added that Anderson was “always professional when dealing with player-health related issues.” Former coaches Frank Maloney, William McCartney, and Robert Thornbladh told investigators they did not remember Anderson well, or they were not sure if they knew Anderson more than anything other than a physician, the report says.

It is not uncommon for victims to wait to report sexual abuse. And UM investigators say it is likely there are several other cases related to Anderson’s violating behavior because the doctor was at the institution for so long. Sadly, institutions of this size do have a history of enabling sexual predators or covering up allegations of misconduct. Using Nassar’s case as an example, the now-imprisoned former USA Gymnastics doctor and physician at Michigan State University was convicted of abusing hundreds of athletes after more than 400 victims came forward and bravely revealed themselves. In a recent report titled Sexual Abuse by James DuBois, PhD, ScD, of Washington University in St. Louis, it’s possible that patients who have been sexually violated will feel guilty that they allowed the incident to occur, and may inhibit reporting.

Sexual Abuse by Medical Professionals Is Against the Law

It is never appropriate for a medical professional to:

To find out more about how you can recognize medical sexual abuse and additional resources, seek out someone who is trained to help.:

In some cases, sexual abuse and misconduct that occurs in a medical setting can lead to a post-traumatic stress disorder (PTSD)-like reaction, in which patients fear, distrust, are anxious, or avoid seeking medical help altogether, putting them in harm for further emotional turmoil.

U of M Leaders Speak Out, Share Resources for Victims

Mark Schlissel, UM President, has spoken out on the incident with an apology on behalf of the university. “As a physician, scientist, father and university president, I condemn all sexual misconduct, especially instances that occur under the purview of our public mission,” Schlissel said in a press conference. “This type of conduct is reprehensible, and whether it takes place now or in the past, it is unacceptable … On behalf of the university, I apologize to anyone who was harmed by Dr. Anderson.”

UM also created the hotline for victims to report their abuse and is offering free counseling and access to resources in victims’ local communities. UM Provost Martin Philbert, is also on administrative leave amid a separate of sexual misconduct. The university encourages anyone who may have been impacted by Anderson (or Philbert) to call the hotline at 866-990-0111.

Reporting Abuse by a Medical Professional in Michigan

When medical professionals cross the sacred boundaries of the doctor-patient relationship, the damage can last forever. It’s important to notify your local police or sheriff’s department and report a sexual or physical assault. And when you are ready, contact the attorneys at the Law Offices of Lee Steinberg, P.C. at 1-800-LEE-FREE (1-800-533-3733) and begin the steps to seeking justice for you and others. The call is free, and there is never a fee until we win your case.

Also read: What You Should Know About Police Misconduct in Michigan