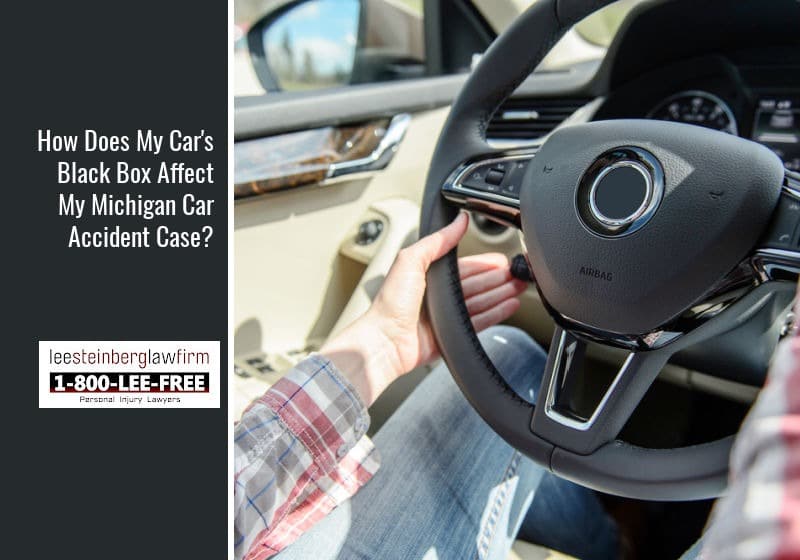 When you are involved in a car accident in Detroit, the best way to file a claim and win your case is to provide as much evidence as possible. When car accident victims want to file a claim against a guilty party, they are responsible for what is known as “burden of proof.” This essentially means that injured victims are the ones who bear the responsibility of proving that another party is at fault and the cause of their injuries.

Without sufficient evidence, car accident victims may fail to win their case or may get a low settlement amount, which may be insufficient to cover all of the damages they have suffered. This is because insurance companies will often do whatever they can to deny claims to avoid having to constantly pay large amounts of money each year to injured victims.

Thus, it is essential for car accident victims to provide as much evidence as possible to prove what happened. One way of doing this is by providing data collected from your vehicle’s black box. Unfortunately, not all police districts or local municipalities have the resources to download black box data.

If you are the victim of an accident, the Detroit car accident lawyers at the Lee Steinberg Law Firm can assist you. Black box data can be an invaluable piece of evidence to help prove fault in a car accident case. Our attorneys can help you file your claim and download your vehicle’s black box information to ensure you win your case and get the settlement you deserve.

What is a Black Box?

Black boxes, also known as event data recorders (EDRs) are devices that can be installed into the computer system of a vehicle and can record technical data. Typically, black boxes are used for performance and safety purposes to help government agencies and automakers improve vehicle design and create safer vehicles. However, it is possible to download the data that is stored to gather information about an accident as well.

Do All Cars Have an Event Data Recorder?

While older cars might not have a black box, in 2012, the U.S. Congress considered passing a law that would state that auto manufacturers would be required to install EDRs in all new vehicles starting in 2015, but the law never got passed. Still, with the government failing to enact a mandate on EDRs, the National Highway Traffic Safety Administration (NHTSA) estimates that the majority of new cars have black boxes that were installed voluntarily by auto manufacturers.

So, if you have a newer car, it is likely that you have one. And if you are unsure, you can always double-check. Generally, EDRs are installed under the front passenger seat, the driver’s seat, or in the center console of the vehicle.

What Type of Data Do Black Boxes Record?

According to NHTSA, EDRs can record technical data for a brief period of time (seconds) before, during, and after a crash. This can include:

Many more data points can be collected, and though systems can vary by manufacturer, they all generally record the same things. Though this info is recorded in a matter of seconds before, during, and after a crash, it can still be incredibly helpful in a car accident case if fault is being contested.

Will a Black Box Affect Detroit My Car Accident Case?

The data collected from a black box can help prove who was at fault, which can be especially beneficial if the negligent party is attempting to deny fault or if they are making false claims against you. If fault is being contested in your Detroit car accident case, your attorney can help you retrieve the recorded data from your black box to prove that you were not at fault.

However, while black box data can be helpful, it can also be used against you. If your black box shows that you were driving above the speed limit, for example, insurance companies could claim that you, too were acting negligently and thus partially to blame. So it is important to understand your rights surrounding the usage of EDR data in an investigation.

Legally, insurance companies and law enforcement are not allowed to coerce or force you to give up black box data information. The law states that EDR data is owned by the vehicle owner, thus you must give permission for it to be used.

If your Detroit car accident insurance claim is being disputed and you are wondering will a black box affect my car accident case, and think that your vehicle’s black box data could support your case, contact the attorneys at the Lee Steinberg Law Firm. We understand the importance of providing sufficient evidence and can help you download your black box data to prove that the other party is at fault.

Call our Michigan personal injury lawyers at 1-800-LEE-FREE (1-800-533-3733) to speak with an experienced attorney. You’ll pay nothing until we settle your personal injury case.