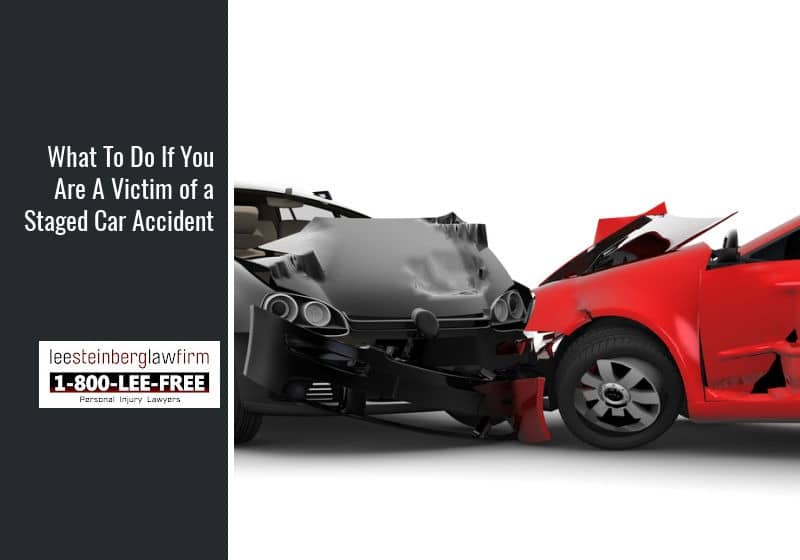 Car accidents in Michigan and Detroit are often incredibly expensive and can lead to serious or fatal injuries. Although most wrecks occur by accident, some individuals purposefully wreck into others in order to make money. This fraudulent behavior heavily impacts the cost of car insurance because fraudulent accidents cost the insurance industry $20 billion each year.

If you experience a car accident that you suspect was staged, you need to take certain actions to avoid being scammed. Additionally, you need to know the types of staged wrecks and the warning signs indicating that your wreck was staged.

What is a Staged Wreck?

Staged wrecks are vehicle collisions planned by an individual or group of people to scam other drivers and their insurance companies. There are five different types of staged wrecks:

Signs of a Staged Wreck

There are different warning signs you need to be on the lookout for if you’re involved in a wreck in Detroit. A few signs that your wreck was actually staged include:

What Should I Do If I Suspect a Wreck Was Staged?

Although the idea of becoming a victim of a fraudulent wreck sounds terrifying, there are ways to protect yourself if you suspect that your wreck was staged. After the wreck, you should call the police as well as medical professionals if someone is injured. Fraudsters may try to convince you to settle the case without getting the police and insurance involved. Don’t let them deceive you—they’re just looking for a payment from you. After the police create an accident report, you need to retrieve a copy.

You should also make sure to collect evidence at the scene. Make sure to take pictures of the wreck, write down what happened from your point of view, and write a description of the other driver who was involved. You should also collect eyewitness testimonies.

If you suspect that the wreck was staged, you should also report the suspicious activity to the National Insurance Crime Bureau (NICB).

Finally, you need to hire a car accident lawyer who can help you prove that you weren’t at fault for the staged accident.

Scammers are looking for an opportunity to take advantage of drivers like you. If you suspect that your car accident was staged, you need expert legal support to help you with your case.

For car accident lawyers in Detroit and Michigan, contact Lee Steinberg Law Firm. We’ve helped numerous Detroit and Michigan residents prove that they were not at fault for their wreck. Contact our office at 1-800-LEE-FREE (1-800-533-3733) or request a free case evaluation here.