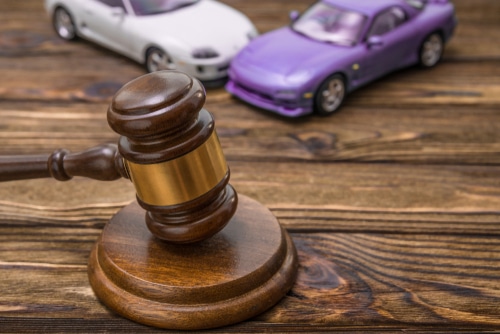 Over the past few months, the Michigan Court of Appeals has ruled on a number of cases involving pain and suffering claims resulting from a Michigan car crash. Under Michigan law, so long as another driver is at least 50% at fault for causing an accident, the plaintiff can make a claim for pain and suffering compensation.

However, the plaintiff must show more than just negligence on the other driver to get money for car or truck crash injuries. In addition, the plaintiff must also demonstrate the injuries he or she has is related to the crash and caused a “serious impairment of body function.”

This last obstacle is a major one and is the reason for much of the litigation in Michigan car accident cases.

Under the first element, to show an “objectively manifested impairment”, the plaintiff must show actual symptoms that is demonstrated by someone other than the injured person would observe or perceive. For example, a diagnostic test such as an MRI or CT showing a herniated disc in the neck or back, or a ligament tear or some other impairment meets this standard. In addition, muscle spasms or a physician observing a reduction in range of motion counts as well.

The last element is critical, and usually involves the most dispute between plaintiffs and insurance companies. Under this element, the car accident must affect a person’s general ability to lead a normal life. This does not mean that a person’s life must be destroyed by the car wreck, or that the injuries and disabilities are permanent. However, a plaintiff must show the car accident did affect the ability to lead a normal life. This is done through an analysis of the person’s life from before versus after the accident.

A look at some recent cases ruled upon by our state’s appellate courts helps illustrate what judges and insurance companies are looking at it when deciding whether a plaintiff has a “serious impairment of body function.”

In one recent case ruled upon by the Michigan Court of Appeals, Cooper v. Carmona (docket no. 342298, unpublished 2/14/2019), a Wayne County man was injured in a car accident when he was rear-ended while stopped at a stop sign. The vehicle collision was minor. The plaintiff reported a back injury to the responding police officer at the accident scene.

Following the car crash, the Plaintiff had an MRA test of his left shoulder which showed a complex tear of the labrum. An MRI of the left shoulder revealed tendinitis, bursitis and other ailments. In additional, MRI of the back demonstrated a straightening of the spine, which is typical in person’s who have muscle spasms and back injury.

Mr. Cooper eventually had shoulder surgery to repair a labral tear and debridement of the rotator cuff. The plaintiff’s treating doctor concluded the pain complaints and surgery was related to the Wayne County car accident.

The Court of Appeals ruled there was a dispute of fact regarding whether the plaintiff suffered an objectively manifested impairment. And under the law, when there is a dispute of a material fact, a trial judge is not allowed to dismiss the case. As a result, the Court of Appeals reversed the trial judge’s ruling, and sent the case back to Wayne County giving Mr. Cooper and second chance to obtain pain and suffering compensation.

In Pelc v. North Star Ranch Inc. (docket no. 339635, unpublished 2/21/19), the plaintiff was injured when defendant’s semi-tractor trailer rear-ended him while driving on I-96 in Wayne County. Like the Cooper case, again the defendant argued Mr. Pelc did not sustain an objective manifested impairment and therefore did not sustain a “serious impairment of body function”. The defendant also argued his injuries were pre-existing, and not related to the car accident.

The trial judge agreed with the defendant and dismissed the plaintiff’s case for pain and suffering. In a unanimous decision, the Court of Appeals reversed this ruling and allowed Mr. Pelc to proceed with this case.

In doing so, the Court found there were genuine issues of material fact regarding whether the plaintiff had an objective manifested impairment from the accident. His family physician records from before the accident reported he did not complain of back, neck, shoulder or head pain, the complaints he had following the Wayne County car crash. Although he did have a history of chronic pain, the doctor’s office notes from right before the accident were clean.

In addition, the medical records indicated the plaintiff was asymptomatic regarding the post-accident conditions from which he complained after the accident. After the car crash, he had severe persistent neck and shoulder pain, and other ailments. These conditions were not present right before the car accident.

Further, an MRI of his neck showed a herniated disc at C3-4 level which was impinging on the nerve root. This objectively manifested impairment explained his symptoms and was enough to show he had a serious impairment case.

Given all the above evidence, the Court ruled there was a genuine issue of material fact whether Mr. Pelc suffered objectively manifested impairments. Because there was a material dispute, the trial judge errored in dismissing plaintiff’s case.

A third Wayne County case again tackled the issue of whether or not a plaintiff met the threshold of serious impairment of body function. In Washington v. City of Detroit (docket no. 340717, unpublished 3/7/19), a Detroit man was injured in a bus accident. He complained of low back pain at the emergency room and a MRI of his low back showed an extruded herniated disc at L4-5 and L4 nerve root impingement. This is a positive finding of low back injury and impairment.

The plaintiff did have a history of low back pain and prior accidents. The defendant, through the hiring of an “independent” medical doctor, argued the plaintiff’s injuries pre-dated the bus accident and were not related to the accident.

The trial judge completely ignored the opinion of the plaintiff’s treatment medical physicians, holding that based on his medical records and prior accidents, the plaintiff did not have a serious impairment of body function and dismissed his case.

The Court of Appeals again reversed a Wayne County trial judge’s initial ruling, and again reinstated the plaintiff’s case. In doing so, the Court said the trial judge was wrong in disregarding the opinions and testimony of the plaintiff’s treating doctor, who stated through a sworn affidavit that his injuries were related to the accident.

In addition, the trial judge was also wrong for ignoring the fact that even where there is a pre-existing condition, the aggravation or triggering of a preexisting condition can constitute a compensable injury. In addition, a jury nor a judge must decide whether the plaintiff’s injuries were casually related to his bus accident.

These three recent cases demonstrate some of the things trial judges and our Michigan Court of Appeals judges look at when deciding a plaintiff is entitled to bring a case for pain and suffering compensation by showing a “threshold” injury.

If you, a loved one, or a friend has been injured in a car accident, and you are wondering if you qualify for pain and suffering compensation from your Michigan car accident, give the car wreck injury lawyers at the Lee Steinberg Law Firm, P.C. a call.

Our experienced team of Michigan car and truck accident injury attorneys are standing by ready to answer your questions. We fight every day to win our clients the money and justice they deserve. There is no fee unless we win your case and the phone call is always free.