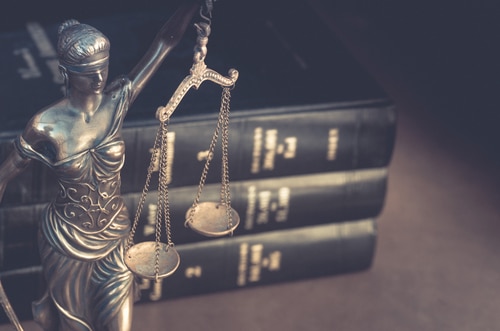 Getting compensation following a car accident is not easy. Contrary to what people are told or mistakenly think, just because you are involved in a Michigan car wreck does not mean you get money. There are a number of elements one must prove before receiving compensation from the insurance company.

First, a person injured in a car accident must prove liability, or fault. Under Michigan law, a claimant or plaintiff must demonstrate that the other person was at least 50% at-fault for causing the accident. If that is not met, the injured person cannot obtain pain and suffering, or non-economic damages.

Proving fault can be accomplished in a number of different ways. Usually deposition testimony by the people involved and witnesses is the best way. Often, the police report is enough for insurance companies to accept responsibility for the accident.

Second, one must prove they were injured. Simply complaining of pain following an accident is not enough. A claimant must actually seek medical treatment from a medical provider following the Michigan auto accident. Without medical documentation proving you were injured, you will not be able to get pan and suffering compensation.

3. Proving Cause of Injuries

Third, the claimant must also prove the injuries or impairments from the car, truck or motor vehicle accident are from this particular accident, and not related to something else. This is called “causation”. The insurance company and defendant may attempt to argue your injuries were pre-existing, or pre-dated the car accident. They will order your medical records and try to place blame for your injury or pain on some prior condition or event. It is important you have a legal team fighting on your side to ensure your doctors relate your pain and injuries to the car accident.

Last, to get non-economic damages – such as pain and suffering – following a Detroit car accident, one has to prove they have a threshold injury. MCL 500.3135. There are three threshold injuries: (1) death, (2) permanent serious disfigurement and (3) serious impairment of body function. Almost every case involves this last one and has been the focus of attorneys and judges all over Michigan for years.

Serious impairment of body function is defined as “an objectively manifested impairment of an important body function that affects the person’s general ability to lead his or her normal life.” But what does this mean? A recent Court of Appeals case, Thompson v. Powell, docket no. 341433, unpublished 12/27/2018, does a good job explaining this threshold requirement and what a person needs to show to get compensation following a car accident.

In Thompson, a Wayne County woman was injured in an auto accident when her vehicle collided with another vehicle. The other vehicle was at-fault and she sustained various injuries. She filed a lawsuit in Detroit for her injures. The insurance company for the defendant in the lawsuit filed a motion with the judge, arguing the plaintiff did not meet the standard for demonstrating she had a “serious impairment of body function”, and as such was not eligible for pain and suffering compensation.

The trial court agreed and the dismissed her case. The plaintiff then appealed that ruling, and Michigan Court of Appeals reversed, allowing the plaintiff to go forward with her case.

The McCormick Court held that an objectively manifested impairment is one that is “observable or perceivable from actual symptoms or conditions.” There must be a physical basis for the plaintiff’s subjective pain complaints. For example, an MRI or CT scan which shows a bulging or herniated disc in the low back is an objective test that shows a manifested impairment. In the Thompson case, the plaintiff had an MRI which showed a straightening of the normal curvature and alignments of her cervical spine, as well as muscle strains and sprains. The MRI finding was observative and perceivable to someone other than the plaintiff – thus it was an objective impairment.

The Thompson court found that no party disputed the second element was met because the neck and spine constitute important body functions.

Next the court reviewed the third element, whether the plaintiff’s general ability to lead her normal life was affected. Almost all pain and suffering cases in Michigan turn on proving this element.

Under McCormick, a comparison of the plaintiff’s life before and after the car accident must be done. Although the person’s life doesn’t have to be destroyed by the accident, it must be affected. There is no “quantitative minimum as to the percentage of a person’s normal manner of living that must affected.” In addition, there is no set time frame for long an impairment must last.

Using this standard, the Thompson court said the car accident affected the plaintiff’s ability to lead her normal life with respect to her capacity to take care of her personal grooming, household chores and taking part in social activities. She testified she needed help showing and getting dressed for more than a year. Before the accident, she said liked going to the mall and visiting with friends and neighbors. These activities stopped because of her car accident injuries. In addition, the plaintiff has disability certificates from her treating doctor disabling her from performing tasks for two months, such as doing household chores.

The Court went on to rule that Ms. Thompson did not have show her lift was destroyed by the accident. Because there was conflicted evidence, the trial judge should not have dismissed her case.

The Thompson case provides a good guideline on proving a “serious impairment” for Michigan car accident pain and suffering injury cases because it doesn’t involve a catastrophic injury or even surgery. It involves a person who sustained a neck and back injury, who could not perform the same tasks and activities she could do before the accident. This type of scenario involves a lot of our clients and demonstrates that they too have the ability to get compensation for their injuries.

The Law Offices of Lee Steinberg, P.C. represents Detroit car accident victims every day. Let our team of legal professionals walk you through the process of win your case. There is no fees or costs unless we are successful in obtaining compensation and justice. Give us a call at 1-800-LEE-FREE (1-800-533-3733).