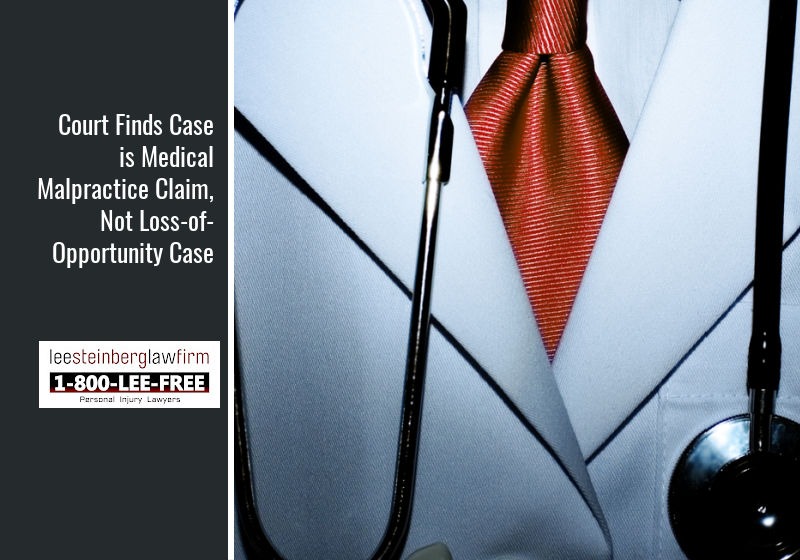 The law in Michigan for medical malpractice cases is not easy. Injured victims and their families must overcome many obstacles. Medical malpractice lawyers must retain experts before the lawsuit is even filed. The cases themselves are very expensive to pursue and there are caps on non-economic losses, like pain and suffering.

That is why you need aggressive legal representation. Medical negligence is not permitted and when a doctor breaks the standard of care, and serious injury occurs, the doctor and hospital can be held responsible. This is illustrated in a case recently decided by the Michigan Court of Appeals.

In Benigni v. Samir Alsawah, M.D. and Huron Medical Center, PC, (docket no. 357033, published 09/09/2022), the plaintiff was diagnosed with stage III colorectal cancer in 2012. She was referred to an oncologist at the Huron Medical Center. She received chemotherapy and radiation treatment and underwent a resection to remove the tumor in February 2013. During 2013, the defendant doctor checked and monitored the plaintiff’s carcinoembryonic antigen (CEA) level approximately every 4-6 weeks. A CT scan did not reveal recurrence or spread of the cancer.

Monitoring CEA levels is critical to discover cancer recurrence. Expert testimony in the case stated that if a CEA level is over 35 ng/ml, it is always associated with a recurrence of colorectal cancer.

In March 2014, her CEA level was again checked and it measured 4.5 ng/ml. By November 2015 however, her CEA level had risen to 38.6 ng/ml. Despite the elevated CEA level, no cancer was detected on a CT scan. The defendant doctor did not order any other diagnostic procedures.

Over the next two years, the plaintiff’s CEA levels quickly increased. In August 2016, her CEA level measured 78.6 ng/ml and she complained of fatigue. Again, the defendant doctor did not further explore the cause of the elevated CEA levels. In February 2017, her CEA level was 175.9 mg/ml.

By August 2017 her CEA level was 459 ng/ml. She complained of weakness and fatigue. Finally, her doctor performed a CT scan which revealed a large liver mass suspicious of metastasis. A PET scan showed a large mass as well. A liver biopsy later that year confirmed a metastatic adenocarcinoma. The plaintiff died in February 2018 due to the cancer.

Her family filed a lawsuit against the treating oncologist as well as the Huron Medical Center for medical malpractice. Specifically, they alleged the oncologist breached the standard of care to evaluate and investigate the cause of her increasing CEA levels. They also alleged a delay in her diagnosis that resulted in the formation and metastatic lesions in her liver and adrenal glands.

The doctor specifically opined that the treating oncologist breached the standard of care by relying solely on the CT scans, physical examinations, and other blood work. According to the expert, a PET scan should have been ordered much earlier and the treating oncologist should have also ordered an MRI in 2015 due to her increasing CEA levels. None of this had been done.

The expert testified that a patient diagnosed with stage III colorectal cancer in 2012 had a survival rate of 75% to 85%. Further, it is common for this type of cancer to spread to the liver and once that occurs, the disease picks up rapidly. Based on medical literature, the plaintiff’s expert also opined that detecting the cancer earlier would have resulted in a higher cure rate.

In fact, he believed the rising CEA levels would have evidenced the spreading cancer as early as November 2015. If caught at that earlier time, the plaintiff’s five-year survival rate following surgical removal of the colorectal cancer ranged from 24% to 58%.

The defendants moved to dismiss the case at the trial court in St. Clair County. The defendants’ argument focused on the “loss-of-opportunity doctrine” found in MCL 600.2912a(2). The statute says:

The loss-of-opportunity doctrine holds that a plaintiff must show that the defendant’s malpractice resulted in a loss of opportunity greater than 50 percentage points. In other words, if the plaintiff loses an opportunity to survive that is less than 50% due to the alleged medical malpractice, the defendant doctors are not liable for any damages. The case can be dismissed.

In this case, the defendants were successful in making this argument. The St. Clair County trial judge dismissed the Benigni family’s case. They appealed the ruling to the Michigan Court of Appeals.

In a 2-1 decision, the Court reversed. The Court held this case was a traditional medical malpractice case, not a loss-of-opportunity case. As a result, the Estate and the Benigni family could present their case to a jury. The ruling is published so future judges throughout Michigan must follow the decision and outcome of this ruling in future medical malpractice cases.

In making this ruling, the Court found it was undisputed the plaintiff died as a result of the spreading cancer which, undiagnosed, progressed to the point that no cure was available. It is also alleged the oncologist’s failure to properly investigate the elevated CEA levels and catch the recurrence of cancer sooner was the cause of the disease spreading. An earlier diagnosis would have given the plaintiff a chance to survive. Because she died as a result of the alleged negligence in delayed diagnosis, the claim is for traditional malpractice, not a loss-of-opportunity case.

This decision marks a departure of most medical malpractice cases that make their way to the Michigan Court of Appeals. Most of the time, plaintiffs who lose in the trial court and appeal are not successful. The Court has been very unfavorable to victims of medical malpractice for more than two decades.

But the holding in Benigni is different. In this case the family of a medical malpractice victim was victorious and can now present its case to a jury. The Court also took a firm stance is ruling that just because a person dies from a delayed cancer diagnosis does not automatically turn it into a “loss-of-opportunity” case with the 50% rule.

Instead, the judge and Michigan courts must look at what the basic lawsuit alleges and the facts that led to the death and malpractice.

Medical malpractice cases are very different than other personal injury cases. They demand thorough investigation, multiple experts, and a proper presentation of what the doctor or hospital failed to do properly. Let our medical negligence lawyers help you.