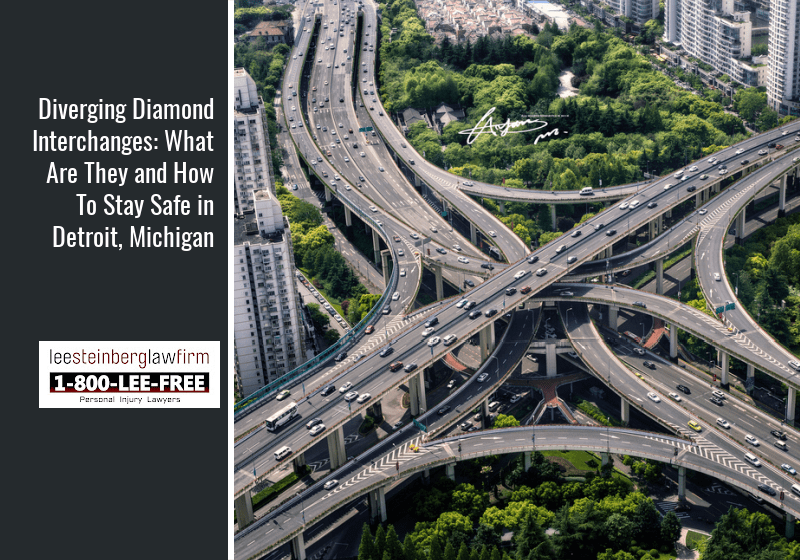 Car accidents can happen anytime in any place, however, when changes are made to local roadways, even if for the benefit of drivers and residents, they can sometimes cause some initial confusion and an increase in accidents. When a new stop sign is installed, for example, or a new style of intersection, it can take time for drivers to adjust to these changes and may result in an initial uptick in the number of accidents.

Over time, however, these changes are typically meant to improve the flow of traffic and reduce the number of crashes that occur. In Detroit and Michigan, one such change that residents are starting to see more often is the installation of diverging diamond interchanges or double crossover diamond intersections. These types of intersections can appear very complex at first and may confuse drivers, but with time, drivers should be able to adapt and maneuver through them just fine.

What Are Diverging Diamond Interchanges?

Diverging diamond interchanges also known as “mixed bowls” are created to allow free-flowing turns when entering or exiting an interstate, eliminating left turns in front of oncoming traffic and reducing the number of traffic signals needed. They work by allowing opposing directions of traffic to temporarily cross to the left side of the road.

Before crossing, they must wait at a traffic signal, but once it turns green, they cross over to the left and may proceed straight to continue on their path or turn left on the interstate. Before proceeding to the light and crossing over to the left, they also have the option to turn right onto the interstate heading the other direction.

Though it sounds complicated in theory, in practice it makes entering and exiting the interstate easier. It also improves the flow of traffic and reduces idling times by decreasing the number of traffic signals stopping drivers. These types of intersections also allow for easier movement of pedestrians and cyclists by creating an island in the middle of the road and a designated bike lane adjacent to the right lane or along the median.

The benefits of these types of intersections:

The cons of diverging diamond interchanges:

Though these types of interchanges do generally benefit drivers and cities overall, there can be some initial negative impacts. Drivers often get frustrated when significant changes like this are made, especially when they occur in places where they commute to and from work. Also, it can take time for drivers to adapt to and understand the mechanics of these more complex intersections, which can initially lead to an increase in the number of accidents.

Detroit and Michigan Roads Getting These Upgrades

The first diverging diamond intersection in Michigan was built back in 2015 in the City of Auburn Hills. Now, two more are coming to Oakland County and one to Jackson County. In Oakland County, the intersections at I-75 & Big Beaver and at 14 Mile in Troy will be transformed, and in Jackson, there will be one installed at the I-94/U.S.-127 interchange.

The department of transportation and the federal highway administration think locals will initially be apprehensive and even potentially frustrated by these changes, they believe that residents will come to see the benefits and appreciate the improved flow of traffic with time.

Though diverging diamond interchanges or mixed bowls are meant to improve safety and congestion on Detroit and Michigan roadways, accidents could increase initially as drivers adjust to the changes. If you or a loved one are injured in a diverging diamond interchange crash, the team at Lee Steinberg Law Firm can help. For over 40 years, our attorneys have handled many car accident cases, including confusing intersection collisions. We care about the safety and comfort of our clients and will fight tirelessly for their cause.