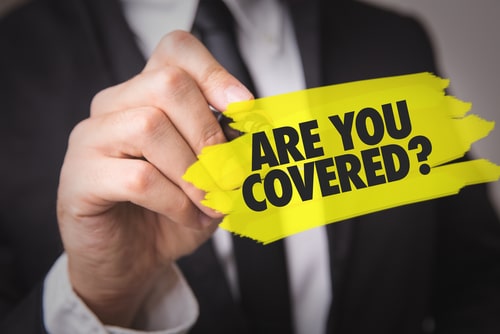 Farm Bureau Insurance – Underinsured Motorist Coverage That Does Not Exist

Obtaining compensation following a car accident is never easy in Michigan. Getting compensation for underinsured motorist benefits (UIM) is even more difficult. But getting these benefits from Farm Bureau Insurance might take the cake in level of frustration and ridiculousness.

There is perhaps no more difficult Michigan insurance carrier to deal with on coverage issues then Farm Bureau. It is this author’s opinion that no car insurance company takes harder stands on certain issues pertaining to their own policyholder obtaining coverage for the insurance they paid for. This is certainly true with Farm Bureau and underinsured motorist coverage, which was exhibited in a Court of Appeals case that just came down this week, Stauss v. Farm Bureau, docket no. 337812 (unpublished, 4/10/2018).

In the case, the plaintiff sustained serious injuries in a Washtenaw County car accident when another driver negligently collided with her while traveling on I-94. The defendant driver had a $250,000 car insurance policy. The plaintiff had underinsured motorist coverage with Farm Bureau for up to $300,000 per person. Following the accident, she filed a lawsuit, including the driver and owner of the at-fault vehicle, as well as her insurance company, Farm Bureau Insurance.

What Is Uninsured Motorist Coverage?

Underinsured motorist coverage allows an injured person to seek compensation from their own insurance company if the at-fault vehicle does not have enough insurance to cover the injuries. For example, if you have an injury worth $100,000, but the at-fault driver only has the state-minimum of $20,000 in liability coverage, assuming you have $100,000 UIM coverage, you can seek the difference – $80,000 – from your own car insurance company for compensation relating to your pain and suffering.

UIM coverage is not required under Michigan law. This means you have to purchase it on top of the mandatory insurance coverages in Michigan (personal injury protection (PIP), bodily injury). Because it is not mandatory, the scope and limitations of UIM coverage is governed by the insurance policy itself.

Why Is Farm Bureau Different?

Like most UIM insurance contracts, Farm Bureau requires the plaintiff to obtain permission from Farm Bureau first before the plaintiff can settle the underlying claim against the at-fault vehicle. Failure to do this results in forfeiting the policyholder’s right to obtain UIM coverage.

However, Farm Bureau’s policy goes a step further. It bars a lawsuit against Farm Bureau until the limits of all other applicable policies had been exhausted by payments of judgments or settlements. In the Stauss case, this meant the plaintiff cannot even sue Farm Bureau until she has obtained the full $250,00 from the car insurance company for the at-fault vehicle.

This requirement is rare. This author knows of no other insurance company that mandates such a requirement for their own policyholder. Usually, the plaintiff can include both the at-fault defendants and their own insurance carrier in the same lawsuit. What Farm Bureau’s policy effectively means is that the policyholder has to litigate the same case twice. First against the at-fault driver, and then all over again against Farm Bureau for the additional $50,000 she would be “entitled” to in the first place.

On appeal, the Court of Appeals reversed the trial judge’s ruling, allowing Farm Bureau to get out of coverage. The panel said insurance policies are creatures of contract and as a result, the words of the contract should be given full effect. They went on to rule that the Farm Bureau policy is not ambiguous and if the plaintiff has to litigate the same case twice, then too bad.

This type of ruling only emboldens car insurance carrier like Farm Bureau to write even more restrictive and onerous policies. Insurance policies are contracts of adhesion. Nobody actually negotiates with a car insurance carrier before buying the insurance to get better terms. You are stuck with what you got.

Given the result in the Stauss case, unsuspecting policyholders, like Ms. Strauss, who purchase insurance for protection when something awful – like a car accident – happens, can look forward to even more draconian and awful positions by the very companies we turn to for help. Given the conservative makeup of Michigan’s Supreme Court and Court of Appeals, Farm Bureau and other car insurance carriers can sit in comfort knowing it will be protected when writing these awful policy provisions.