What Benefits Do Non-Residents Injured in a Michigan Car Accident Get?
Skip to content 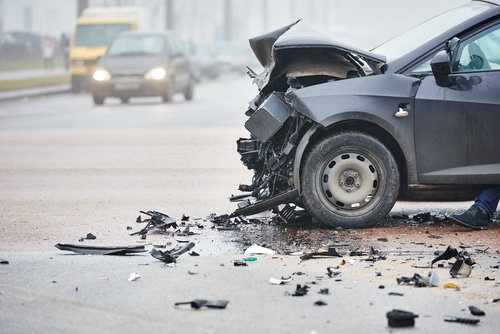 How Are Non-Residents Injured in Michigan Protected?

What are the rules for non-Michigan residents who happen to be involved in a car or truck wreck in Michigan? What benefits and compensation are they entitled to under Michigan law? This article helps to explain the benefits and limitations for injured out-of-state residents injured here in Michigan.

The Michigan statute that most directly deals with non-residents injured in a Michigan motor vehicle accident is MCL 500.3113(c). This statute says in pertinent part:

However, if the vehicle was insured with an auto carrier that has certified under MCL 500.3163 (and most have), then the out-of-state resident can apply for and obtain Michigan no-fault benefits.

A list of car insurance carriers who have filed certifications in compliance with section 3163 can be found here.

The nuances of the statute are important. First the statute only speaks to occupants “of a motor vehicle or motorcycle not registered in this state.” So a guy from Ohio riding a bike who his hit by a motorist in Detroit can obtain Michigan no-fault benefits. Or a girl from Indiana crossing the street who is hit by a driver in Kalamazoo can also obtain Michigan no-fault benefits.

Under Michigan law, for Michigan residents there is currently no cap on certain Michigan no-fault benefits, such as the payment of medical bills by the auto carrier following a car crash. But are here any caps on Michigan benefits for out-of-state residents injured in Michigan? The answer is it depends. Non-residents who are injured in a car crash as occupants of a motor vehicle do not have a cap. However, if the out-of-state resident was not an occupant, then there is a $500,000 cap. See MCL 500.3163(4).

The benefits for out-of-state residents injured in Michigan can be quite extensive. They include the usual Michigan no-fault benefits, including the payment of lost wages, doctors’ bills, hospital bills, other medical expenses, prescription drugs and other allowable expenses.

But what the one hand giveth, the other one taketh. And this is true when it comes to non-Michigan residents obtaining pain and suffering compensation for a car accident that occurs in Michigan.

Under Michigan law, the non-resident musts still prove a threshold injury to obtain compensation for non-economic damages, such as pain and suffering. Demonstrating a threshold injury, such as a permanent serious disfigurement or serious impairment of body function, is not easy. Just because a person is injured in Michigan does not mean they are entitled to pain and suffering compensation.

In addition, the out-of-state resident must also abide by Michigan’s comparative negligence law which requires a plaintiff to demonstrate the defendant was at least 50% at-fault for causing the accident to be eligible for pain and suffering compensation.

Further, even if the injured non-Michigan resident is disqualified from obtaining Michigan no-fault benefits, that person still cannot sue a Michigan defendant in a tort action for economic loss, such as medical expenses or wage loss.

This reality can cause some unjust results. For example, a Toledo resident working in Michigan gets hit by a Michigan owned semi-truck who ran a red light in Monroe County. The Toledo resident is driving an Ohio vehicle and has auto insurance with an auto carrier who is not a section 3163 insurer. That Toledo resident therefore cannot make a claim for Michigan no-fault benefits.

In addition, because the accident occurred in Monroe, Michigan law applies. Because Michigan law applies, the Toledo resident must demonstrate he has a threshold injury to obtain even pain and suffering compensation. Proving a threshold injury is not easy. If the Ohio driver went to the ER and followed up with his doctor twice but the healed up in a few weeks with no residual impairments, then that individual will probably not obtain any compensation for pain and suffering. And he can’t sue the semi-truck company for the payment of his medical bills and lost wages either because suing for economic damages in a tort case is not allowed under Michigan law in almost all situations.