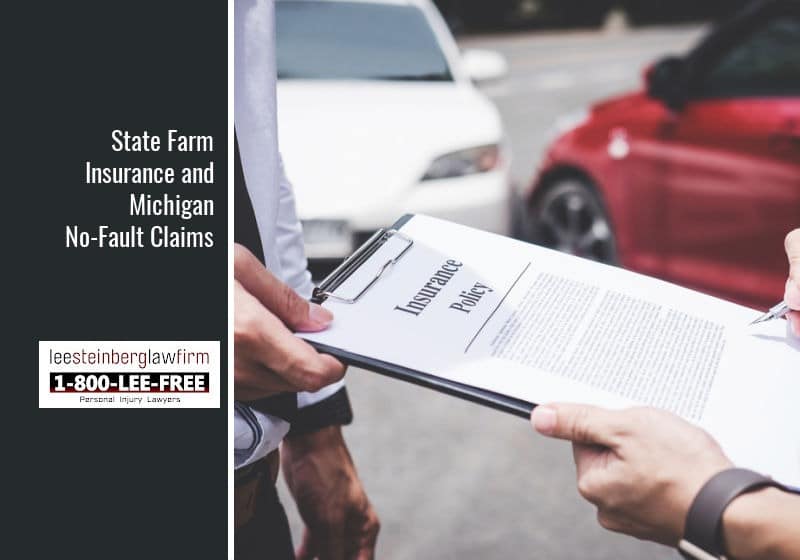 Due to its size, State Farm has a sophisticated operation for handling car accident cases and claims. It employs hundreds of insurance adjusters in it’s medical department, or PIP (personal injury protection) department. These adjusters are supposed to help process the payment of no-fault PIP benefits following a crash.

Under the Michigan no-fault law, a person injured in a car or truck crash can received what are known as no-fault or PIP benefits. These benefits include the payment of medical expenses, lost wages, prescriptions drugs, out-of-pockets costs and other benefits.

However, in reality State Farm does the exact opposite. Instead, State Farm uses sophisticated software and technological tools to pay less benefits or no benefits all together to injury victims. They will claim fraud, material misrepresentation, or refuse to pay benefits claiming the person isn’t injured anymore and doesn’t require anymore benefits.

How does State Farm do this? This article will help shed some light on State Farm’s tactics and how to fight back.

State Farm claims adjusters or claims representatives (as they like to call themselves) are trained to pay out as little as possible to an injured claimant after an accident occurs. They are also instructed to act aggressively in defending claims. They do this in a number of different ways.

First, within the claims team is an entire division called the Special Investigations Unit, or SIU. SIU is comprised of claims adjusters whose sole purpose is to find any type of way to get out of paying an otherwise valid claim. They will investigate how the accident occurred, where it occurred, the severity of the crash, who was involved, as well as the doctors and hospital a person went to following the crash to determine how much investigating it wants to do on a crash.

When SIU is involved, typically a lawsuit will have to be filed to get benefits. This means it is important to contact a Detroit car accident attorney who has fought and won against State Farm Insurance and knows how to attack their tactics.

As part of this investigation, State Farm is will send the injured person to multiple “independent medical examinations” or IMEs. An IME is where a doctor is hired by the insurance company to examine a car accident victim. These examinations are not done to treat or help the accident victim. Instead, the doctor will write a report after the exam. The insurance company can use this report to then terminate, or cut-off benefits.

On almost all occasions, the IME results in a negative outcome for the injured claimant. The entire system is completely conflict ridden and messed up, but it is permitted.

In fact, under MCL 500.3151, State Farm is allowed by law to require any person asking for PIP benefits to submit to an IME. The statute says in pertinent part:

(1) If the mental or physical condition of a person is material to a claim that has been or may be made for past or future personal protection insurance benefits, at the request of an insurer the person shall submit to mental or physical examination by physicians.

What sets State Farm Insurance apart from other insurance companies in Michigan is the amount of IMEs they are willing to pay for when defending a claim. I have personally had clients attend four or five different IMEs set up and paid for by State Farm. Each IME doctor was a different specialty, such as pain management, neurology, or orthopedic surgery. And despite asking judges to prevent these annoying and burdensome “exams”, they will almost always allow the exam to take place because of MCL 500.3151.

State Farm will sometimes spend of thousands of dollars on multiple IMEs just to defend one car accident claim. The reports written by the IME doctors usually say the same stuff. Some of the more common opinions include:

State Farm Loves to do Surveillance:

State Farm will often hire private investigators to conduct surveillance. Surveillance typically involves videotaping a person in a covert fashion. This spying is legal and allowed under the law. State Farm performs surveillance to argue a person isn’t really injured or is committing fraud.

If a person is truly lying about their injuries and are videotaped doing things they testified they cannot do at all, then they don’t deserve to receive benefits. But most of the time, surveillance doesn’t show much at all. Unfortunately, State Farm will often edit the surveillance to only show the activities the claimant is able to perform while leaving out the stuff they can’t do.

For example, I have seen surveillance of a client carrying her grocery bags from her car to inside her home. My client never testified she couldn’t do that. But State Farm wanted to show that because she could carry her groceries on this one occasion, she was able to all other everyday activities without problem. However, the surveillance tape State Farm produced did not include the times my client used a cane to carry things out of her car. It did not show how she was stuck in a wheelchair while her family did normal summer activities, like swimming or playing basketball.

Car insurance companies only have to pay for medical treatment and bills that are related to the car accident. This obviously makes sense. But State Farm is extremely difficult in the amount of proof it requires from claimants who turn to State Farm for the payment of their auto accident-related doctor and hospital bills.

State Farm Will Delay, Deny and then Defend the Claim

The actions described above basically read like a playbook for many car insurance companies. But State Farm has professionalized this process. In doing so, they delay the payment of medical expenses for as long as possible – claiming it is investigating the claim. They will then send the injured person to an IME or to multiple IME and then use the reports written by the doctors following the exams to deny the claim. Last, State Farm will then hire a team of lawyers to defend its denial of the claim.

If you are injured in a car accident, and you or your family member that you live with has State Farm Insurance, you are required by the Michigan no-fault law to go through State Farm for the payment of benefits. As described above, these benefits include the payment of medical bills, lost wages (for up to 3 years) as well as other benefits.

For example, if you have been involved in a crash, and you are a State Farm policyholder or insured, you must make a claim with State Farm Insurance. When you do report the claim, make sure you explain all the injuries you have sustained and the pain you feel. Don’t act tough and tell the adjuster you feel fine when you don’t. Don’t tell the adjuster the accident was just a “fender bender” or a minor crash when it wasn’t. They are already going to try to minimize your case. Don’t add fuel to that fire yourself.

When you discuss the crash with the State Farm representative, ask for a claim number. In Detroit and Michigan, all State Farm auto accident claim numbers begin with the numbers “22.” Then give this claim number to any doctor or hospital you see for the auto accident, along with your other health insurance information.

After that, contact and experienced and aggressive Michigan law firm who has been fighting State Farm and its tactics for decades. Tell the lawyer what your current situation is and what State Farm has told you. Ask the lawyer for guidance and their educated opinions. A little bit of information can go a long way.

At the Lee Steinberg Law Firm, P.C., we have a dedicated team of Detroit car accident lawyers available to speak with and answer questions about no-fault claims and insurance payouts. We can run through the available options Progressive Auto Insurance is offering so you can understand the future benefits and money and coverage you may be unknowingly giving up.

Are You Being Pushed Around by State Farm Insurance?

If you or a person you know has been in a Michigan car, truck, or motorcycle accident, and has State Farm Insurance, please have them contact our office at 1-800-LEE-FREE (1-800-533-3733). The call is free, and there is never a fee until we win your case.