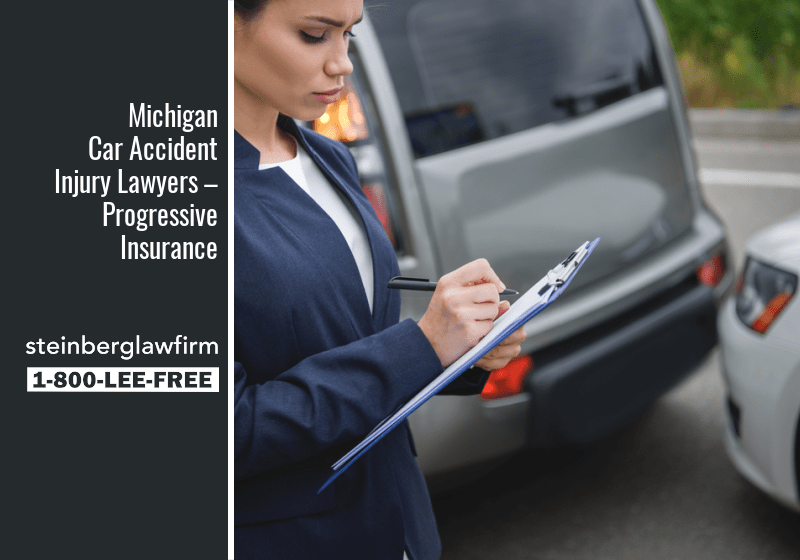 Progressive Insurance is one of the largest auto insurance companies in the United States. However, unlike other carriers, it’s a relatively newcomer to the insurance industry and has undergone a meteoric rise in total policy written and revenue, in particular over the last 30 years.

Progressive is a publicly traded company, so a person can purchase stock in the company and became a company owner. The company recorded over $42 billion in revenue in 2020 with net income climbing to close to $6 billion. The company has roughly 21 million policies written and over 30,000 employees located throughout the world.

Not surprisingly, it is now one of the largest TV advertisers in the United States, spending more than $2 billion on advertising in 2020.

Progressive ranks third in market share for the U.S. private passenger auto market. This is quite a rise from his days in the 1960s. Besides car insurance, it’s “personal lines” business segment writes insurance for motorcycles, ATVs, RVs, boats and watercraft, snowmobiles and similar items. Industry insiders believe Progressive has been the largest motorcycle insurance carrier for more than 20 years and may be the biggest RV insurer as well.

In Michigan, Progressive Insurance utilizes a group of in-house lawyers to defend claims. Progressive Insurance will hire outside counsel to defend claim as well. The lawyers that defend the company from policyholders and claimants eligible for no-fault benefits are employees of the company. In metro Detroit, they work in an office in Troy, Michigan.

Progressive Insurance hires outside counsel for different types of issues. If they believe a client is committing fraud or a certain medical provider is taking advantage of the no-fault system, such as allegedly overly treating a patient to run up the bills for reimbursement by Progressive, then the company will often turn to outside counsel to assist in defending these lawsuits.

Progressive Writes A Lot of Policies in Detroit and Other Cities

Progressive has become very aggressive in writing auto policies in Detroit, Flint, Saginaw and other cities and towns. In many ways, it has replaced Everest National as the “insurer of last resort” for individuals with poor driving records or other issues. As such, Progressive can write some of the most expensive auto insurance policies in Michigan.

Progressive still has its own agents to sell insurance but will often use agencies such as LA Insurance to sell auto insurance. LA Insurance will sell an auto policy to virtually anybody and its agents are known for skirting the rules and offering substandard insurance for exorbitant prices.

Progressive newest tactic to deny payment of no-fault PIP claims is to claim fraud or “material misrepresentation” on the part of the injured person or the policyholder who insured the vehicle the client was using when the crash occurred. Progressive is perhaps the most aggressive insurance carrier in Michigan in asserting fraud and trying to rescind the insurance policy so it gets out of paying benefits. It does this in a bunch of ways, such as:

The problem is many of these tactics work for Progressive. Under Michigan law, insurance companies like Progressive don’t have a duty to investigate and see if the information that are receiving from a customer is correct. Instead, it can use even a benign mistake to claim fraud and void the policy – thereby leaving its own customer out in the cold at the worst time.

For over 45 years, car insurance companies in Michigan were required to write policies with unlimited PIP (personal injury protection) coverage. This meant the auto insurance carriers – such as Progressive – was on the hook for all auto accident-related medical charges health insurance did not pay, without regard to fault, for life. And with these policies there was no limit to the medical coverage – it was unlimited.

But all that changed starting on July 1, 2020. Now Progressive and other auto insurance companies can write limited PIP medical coverage policies. For most, these choices include $250,000 in PIP, $500,000 in PIP and unlimited PIP.

However, certain individuals who qualify can entirely “opt-out of PIP”. This means they don’t have to purchase any PIP coverage. These individuals must have private health insurance (e.g., Blue Cross) that pays all auto accident treatment or are Medicare beneficiaries. In addition, certain Medicaid beneficiaries can purchase $50,000 PIP policies.

Progressive has been extremely aggressive in writing these lower PIP policies. I have personally seen more “PIP opt-out” policies written by Progressive than any other carrier. In addition, I also have also seen a lot of Progressive policyholders on Medicaid with the limited $50,000 PIP policies. This is a problem because once the $50,000 in medical bills is used up, the injured person has to turn to Medicaid for the payment of all auto accident-related treatment. Medicaid doesn’t cover a lot of different treatment plans, such as physical therapy or chiropractic treatment.

Progressive also tends to write small coverage amounts for bodily injury as well. Under the new Michigan no-fault law that went into effect on July 1, 2020, auto carriers must write at least $250,000 in bodily injury (BI) coverage. BI coverage is the insurance that covers you if you caused the accident.

Through a loophole, a person can reduce the $250,000 coverage limit down to a $50,000 limit. Again, Progressive has been very aggressive in getting people to purchase this lower $50,000 limit. However, they are still charging a fortune for this skimpy $50,000 in BI coverage and then leaving their policyholders open to enormous exposure if they cause a horrible crash.

Progressive Insurance defends claims in a number of ways. One of its most popular ways is to send claimants or injured persons to a hand-picked “independent medical examination” performed by a doctor of the auto insurance company’s choosing. Progressive Insurance will pay the doctor to perform the exam and to author a report.

Usually, the practitioner is in a specific specialty, such as orthopedics, chiropractic or pain management, and will perform a quick examination of the injured person based. The report is then used by the Progressive adjuster to decide whether to pay benefits in the future or to terminate benefits. In almost every situation, the IME report will be used by the adjuster to terminate the payment of benefits, either immediately or after a short time in the future.

Progressive will often employ the use of multiple IMEs to delay, deny and then defend the payment of Michigan no-fault claims. I have had cases against Progressive where they hire up to four different IME doctors from different specialties to say either my client (1) was not injured in the accident, (2) the medical treatment he or she received was not appropriate or (3) was at maximum medical improvement and therefore no additional treatment was required.

Recently, personal injury attorney Michael Simon represented a client who was seriously injured by a driver who ran a red light in Sterling Heights. Our client sustained multiple injuries, including low back pain, neck pain, shoulder injury and missed months of work due to the accident. Our client was insured with Progressive and turned to his carrier for the payment of medical bills and lost wages.

Progressive sent our client to multiple IMEs and despite receiving proof of his wages and medical treatment, it still refused to pay a dime in benefits. Progressive used the reports written by their hired IME doctors to say our client was fine and the treatment he received was not related to the car accident.

Ms. Simon sued Progressive Insurance in Macomb County for the recovery of his outstanding PIP benefits. He was successful in getting all of his medical bills paid and all of his lost wages recovered.