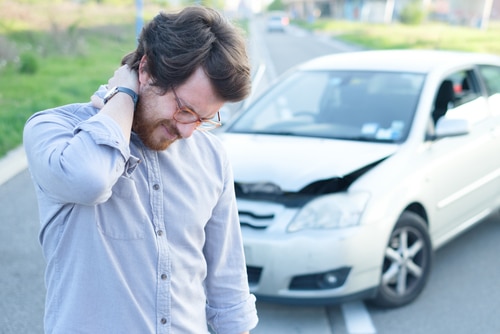 Threshold Injuries Back in the News

The Michigan Court of Appeals issued a decision last week on a Wayne County auto accident collision involving two plaintiffs. In Ali v. Clark, docket no. 339102, unpublished 10/16/2018, two people were injured in a car wreck in Wayne County. Following the accident, the individuals sued for compensation resulting from the car accident injuries.

Under the standard as set forth under McCormick v. Carrier, 487 Mich 180 (2010), to meet this definition a plaintiff must show (1) an objectively manifested impairment (2) of an important body function (3) that affects the person’s general ability to lead his or her normal life.

The Court of Appeals reversed the trial court’s ruling, holding the plaintiffs had demonstrated enough evidence for a jury to decide whether they had sustained a threshold injury.

What Does This Ruling Mean?

In making this ruling, the Court did a good job analyzing what is required to show an objective “manifested impairment”. It also described the difference between proving a threshold injury and proving the car accident caused the underlying injuries.

In this case, both plaintiffs had MRIs following the accident. One MRI shows a central disc herniation at C4-5 in the neck, which is certainly an objective finding. For the other plaintiff a lumbar MRI showed significant findings as well. So the Court was satisfied the plaintiffs met the burden of showing objective impairments.

The Court then explored whether the car accident caused the plaintiff’s injuries. This is known as causation. The defendant in this case argued the plaintiffs failed to establish an explicit causal relationship between the accident and plaintiffs’ injuries and impairments. However, the Court of Appeals disagreed.

According to the Court, both plaintiffs did have back and neck issues before the car accident. But these issues were aggravated following the accident. The pain worsened to the point that one of the plaintiffs could no longer work and needed assistance with household chores.

Under the law, an injured person can still obtain compensation if the negligence aggravated a pre-existing condition or caused new symptoms. Because of this, the plaintiffs established causation.

The Court of Appeal’s decision in his case sends the case back to the trial court in Wayne County. It gives the two people injured in the car accident a chance to argue their case to a jury of their peers. This decision also provides clarity for other judges when evaluated similar cases.

If you have been injured in an accident, make sure that you call a lawyer who knows the precedents and can get you the compensation you deserve. With over 40 years of experience, the attorneys at the Lee Steinberg Law Firm  understand Michigan law and how to win. Call 1-800-LEE-FREE today for a free consultation.