Who Can I Sue If I’m Injured in a Michigan Hit-and-Run Accident?
Skip to content 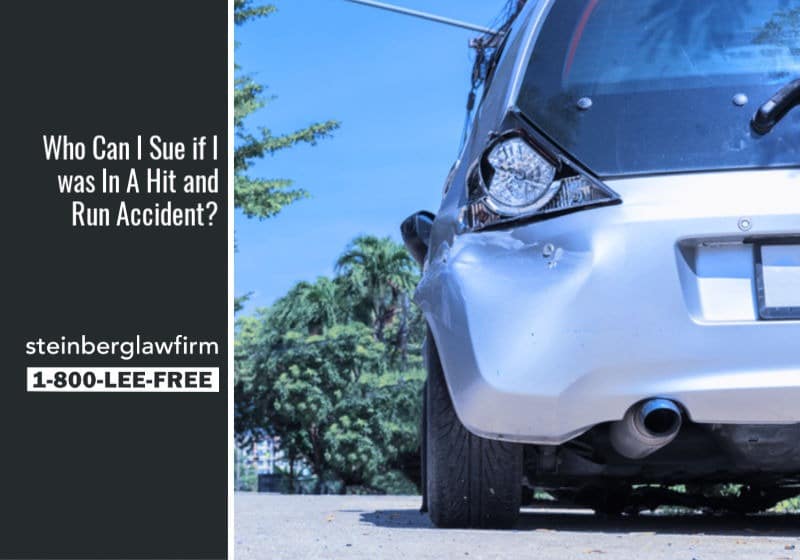 Getting involved in a car or truck crash in Michigan is always a frightening experience. It can also become an extremely frustrating experience when the other car takes off from the scene. In a situation like this, where the at-fault driver is a hit-and-run driver, what can be done?

How does a person get compensation from a hit-and-run driver in Michigan?

This is important question, especially when you consider the huge number of uninsured drivers operating on Michigan roadways. By some estimates, at least 20% of car owners in Michigan do not carry mandatory auto insurance. In cities such as Detroit, Flint and Saginaw, these numbers are even higher, with some estimating that as much as half of all motorists fail to have auto insurance on their cars.

With so many uninsured drivers, the issue of getting compensation for injuries resulting from a hit-and-run driver is even more important.

First, a little discussion about the Michigan no-fault law and Michigan car accident law in general. When a person is injured in a car or truck accident, benefits such as medical bills, lost wages, medications costs and other items are paid by your own car insurance company. So even if a hit-and-run driver causes a crash, your own insurance company pays for these benefits anyway.

But this is for Michigan no-fault benefits only. What about claims for pain and suffering compensation involving a hit-and-run driver? Who pays for that? Before we get there, we have to discuss what constitutes a hit-and-run vehicle.

What Is A Hit And Run Vehicle?

Under most insurance policies, a hit-and-run when the operator and owner of the vehicle that caused the accident can’t be identified. In other words, the license plate number and the identity of the vehicle involved in causing the car wreck is unknown.

This may sound easy enough to understand, but this is more complicated than it seems. For example, if a person is rear-ended by a big truck that takes off, and the injured victim or some other person is able to figure out the truck that caused the crash, this will not be considered a hit-and-run situation because the at-fault driver was later identified. This is the case even though the big truck took off from the accident scene.

So again, the hit-and-run vehicle must be forever unidentifiable. In addition, most insurance companies require physical contact with the hit-and-run vehicle. For example, if you get run of the roadway by truck but did not make actual physical contact with that truck, in most situations you cannot make a claim for uninsured motorist benefits if that negligent truck takes off. Insurance carriers have this requirement to guard against fraud. They don’t want individuals making UM claims and getting compensated by intentionally running themselves off the road and into a brick wall.

Who can I sue if I’m injured in a Michigan hit-and-run accident?

This takes us back to the original question. Who can I sue if I’m injured in a Michigan hit-and-run accident? The answer I there are a few different options, including;

Let’s take each of these options in turn. If you have your own car insurance, you can look to your own car insurance company for pain and suffering compensation following a crash. However, this can occur only if your policy maintains uninsured motorist coverage (UM) on the date of the crash. In Michigan, uninsured motorist coverage is not mandatory. You have to specifically ask for it when purchasing a policy. And given how many uninsured drivers there are in Michigan, every single policyholder in Michigan should purchase it.

An alternative way to discover if you have UM coverage is to simply contact your insurance agent. He or she can look this information up and have answer for you within seconds. If you don’t have it, then you can’t make a claim for UM benefits. You should also think about finding a new insurance agent.

Another way to obtain UM coverage, and thus get money for pain and suffering following an accident with a hit-and-run driver, is to turn towards the insurance policy of the vehicle you were in when the accident occurred. If the vehicle you occupied during the crash had uninsured motorist coverage, then you can make a claim with that auto insurance carrier. This is true even if you have no ownership in the vehicle and have nothing to do with its insurance policy. Under most insurance policies, UM benefits are available for passengers injured in a car accident.

For example, let’s say you are a passenger in a friend’s car that is t-boned by a SUV in Detroit. The SUV takes off and nobody can identify that vehicle. You don’t own a car and your friend’s vehicle doesn’t have UM coverage. But you live with Aunt Susie and she has Progressive Insurance with UM coverage on her brand new Ford Mustang. In most cases, you can make a claim through Aunt Susie’s policy for compensation for your injuries.

Most policies in Michigan also exclude claims for UM benefits if you intentionally tried to hurt yourself. Exclusions also apply if you are injured in a vehicle that was for a business purpose, such as a delivery driver or a driver for Uber and Lyft. There are other exclusions as well, all of which are spelled out in the insurance policy.

The Lee Steinberg Law Firm, P.C. has helped motorists and passengers all over Michigan obtain millions in uninsured motorist benefits. Our hit-and-run accident attorneys are standing by ready to assist you in your uninsured motorist case. Please call us at 1-800-LEE-FREE (1-800-533-3733) so we can answer your questions. The call is free, the consultation is free and we charge anything until we win your case.