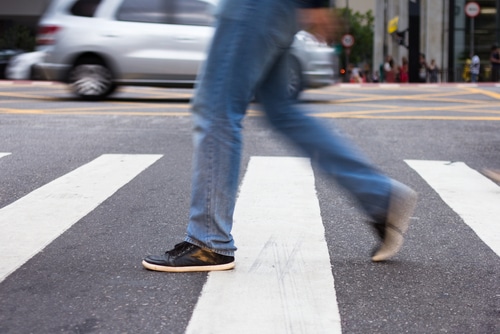 A report published by the Governors Highway Safety Association (GHSA), and based on preliminary data, shows pedestrian fatalities alarmingly on the rise across the nation. The early 2019 findings projects 6,227 pedestrians were killed in traffic crashes in 2018, representing a four percent increase from 2017 and the largest annual number of pedestrian fatalities in nearly 30 years. Arizona, California, Florida, Georgia and Texas accounted for almost half of all pedestrian deaths in 2018.

The state of Michigan was one of 23 U.S. states to see a decline in pedestrian deaths, mostly contributed to years of commitment to combat the issue using engineering, education and enforcement. Michigan has also implemented a variety of measures to improve pedestrian safety, including law enforcement training and mobilization, public education, Road Safety Audits (RSAs), a Work Zone Mobility Manual featuring guidance on the treatment of pedestrians in work zones, as well as Complete Streets policies and traffic control devices. In addition, Michigan used Section 402 funds to conduct a comprehensive pedestrian and bicyclist crash evaluation through Western Michigan University and now uses these findings to bring awareness information and campaigns to local communities on the issue of pedestrian safety.

GHSA’s preliminary report provides a general overview into the several crash factors and like indicators, some new, used to identify the causes behind pedestrian fatalities. These are the report’s key findings regarding crash factors such as time of day, locations of accidents, alcohol and other driver impairments such as methamphetamine, distracted drivers and pedestrians, and vehicle use.

A 2018 article published in the Detroit Free Press found that among U.S. cities with populations of at least 200,000, Detroit had the highest pedestrian death rate in fatal traffic crashes per 100,000 residents from 2010 thru 2016. The areas of the city most susceptible for pedestrian crashes are obviously some of the busiest areas for speeding motorists and growing pedestrian traffic bubbles, and include:

The unfortunate reality is many times drivers involved in pedestrian accidents are never held accountable because they flee from the scene. If an at fault hit-and-run driver is never caught, a victim can still collect insurance benefits since Michigan is a No-Fault state. There are numerous ways this can be achieved, which is why having the assistance of an experienced pedestrian accident injury lawyer is not just necessary but can also be life-saving.

Please call Lee Free at 1-800-LEE-FREE (1-800-533-3733) or fill out the Free Case Evaluation Form. And remember, you pay nothing until we settle your bicycle and pedestrian accident case.