Michigan's Most Dangerous Intersection Is In Farmington Hills
Skip to content 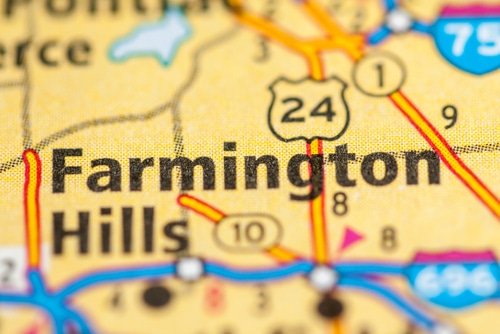 West Bloomfield, Michigan, Has One of Most Dangerous Intersections in the Country

TIME Magazine has reviewed 10 years of National Highway Traffic Safety Administration data that measured traffic accidents involving both automobiles and pedestrians and used the findings to determine the most dangerous intersection in each U.S. state. TIME gave the title of the most dangerous intersection in America to Knights Road and Streets Road in Bensalem, Pennsylvania. In Michigan, the intersection near I-696 at Orchard Lake Road and 14 Mile Road in West Bloomfield (Farmington Hills) claimed the top spot.

West Bloomfield, with a population of just over 41,000 people, sits in Oakland County and has been widely popularized as one of the most expensive areas to live in Michigan. Oakland County also occupies the No. 2 spot for most vehicle accident fatalities by the NHTSA’s crash report, 2012 thru 2016. Wayne County leads the number of crash deaths across the state.

The Lee Steinberg Law Firm also collected data from the Michigan State Police Traffic Crash Reporting Unit and saw that in 2016 (most current data) the Farmington Hills intersection was home to 163 crashes, 27 of which resulted in injuries. While the injury number may not be high and there were zero fatalities, the report still shows a trend in accident occurrence.

What Makes an Intersection Dangerous

A poor layout of roads can complicate intersection traffic flow and increase traffic risks but new changes to driver patterns, such as the inclusion of a roundabout, which is a circular intersection, can also create induced accident patterns. It’s been said by local police officials in Bloomfield that the roundabout, added in 2015 at Orchard Lake Road and 14 Mile Road, could be the cause for the rise in crashes at this location. While studies by the Insurance Institute for Highway Safety have shown that roundabouts are safer than traditional stop sign or signal-controlled intersections and can reduce injury crashes by 75 percent at spots where stop signs or signals were previously used, the switch to navigating a roundabout can be tricky for drivers to acclimate to as they just don’t understand how the new paths work.

Regardless of size, circular shape, or number of exits (legs), the traffic patterns and basic characteristics of all roundabouts include:

If there is a roundabout on your route, and you are confused, take another path to avoid it for now but become educated on how to approach roundabouts before you drive again.

Dangerous intersections can also be identified by having heavy traffic congestion, poor signage and street lighting, discontinuous sidewalks, or has a reputation as an area with aggressive and speeding drivers, bicyclists and pedestrian foot traffic.

It’s imperative Michigan drivers become more aware of their surroundings when driving through any intersection and drive patiently, using the safe intersection driving lessons outlined below.

If all drivers followed even half of these lessons, Michigan could see improvements in intersection accidents rates. With that said, courteous driving should remain the most important measure toward improving driver and pedestrian safety.

Do you know of other intersections in Michigan that are dangerous?

If you have been injured in an accident, the vehicle accident attorneys at the Lee Steinberg Law Firm are ready to use our decades of experience to get justice so you can move forward and start the healing process. Not only can a personal injury lawsuit help ease financial burdens, but it can help create change at a location, like a dangerous intersection, that poses serious risks to other drivers every single day. Please call and speak to our car accident attorneys at 1-800-LEE-FREE (1-800-533-3733) or fill out the Free Case Evaluation Form.