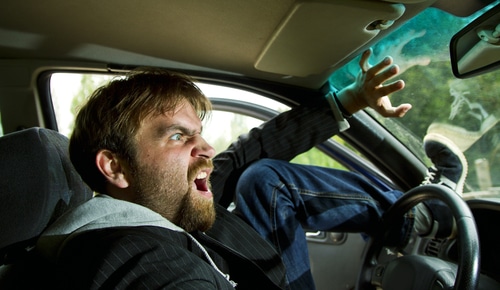 The National Safety Council prepares an annual report that reviews safety practices for each state’s road safety, home and community safety, and workplace safety risk factors. With preventable deaths in the United States at an all-time high, 146,000 fatalities each year to be exact, the report evaluates safety policies and legislation that could help reduce preventable deaths.

Although numbers were dropping steadily for decades, this report indicates we are in the midst of the deadliest spike in roadway fatalities in 50 years. An estimated 40,200 people died on our nation’s roads in 2016, making motor vehicle crashes the second leading cause of unintentional death in the United States. These deaths are primarily driven by distraction, speed and alcohol, and are largely preventable.

Michigan was ranked lowest or “OFF TRACK” with just one or zero indicators in place to prevent road injuries and fatalities related to drunk driving, child passengers, seat belts, speeding, and vulnerable road users. You can view Michigan’s full report here. ​

According to the report, drunk driving (.08 BAC) crashes account for about 10,000 traffic fatalities each year or approximately one-third of all roadway deaths. It is believed impairment truly begins with just one drink.

Knowing you can cause tragedy to a person and their family, or to yourself, by choosing to drink and drive should be enough to stop you from doing so. If not, a review of the penalties for an alcohol-related driving offense in Michigan may help discourage you.

Sadly, an average of three children younger than 12-years-of-age are killed in traffic crashes every day. One-third of the children killed were not buckled up, despite requirements in all 50 states for restraining infants and children in car seats, booster seats, and seat belts.

Michigan only has a primary seat belt law. This means passengers ages 8-15 need to buckle up while traveling in all seating positions. Drivers and front seat passengers need to be buckled up at all times. 50 percent of fatalities occur among people who are unbuckled and the Lee Steinberg Law Firm suggest you use your seat belt at all times.

Nearly one-third of all traffic fatalities in the United States involve excessive speed. In fact, studies show as speed increases, the survival rate in crashes decreases, killing more than 9,000 people every year.

MDOT and MSP, say under state law they jointly set speed limits that are based on the 85th percentile speed, which is the speed at or below which 85 percent of drivers are currently driving a given section of roadway. For example, if 85 percent of drivers on a section of road are driving 55 mph or less, the 85th percentile speed would be 55. State of Michigan officials say they use this methodology because it is the national standard for setting speed limits, recognizing that the great majority of drivers instinctively drive at a speed that is safe and comfortable based on the roadway design and other factors.

Motorcyclists, bicyclists and pedestrians are less protected than people in vehicles making them vulnerable roadway users at greater risk of injury in the event of a collision with a motor vehicle.

In Michigan, motorcycle helmets are not required even though head injuries have increased after repeal of Motorcycle Helmet Law. Car crashes involving adult bicyclists have been on the rise for several years, a statistic reflective of the significant increase in the number of adult cyclists, especially in those using bicycles to commute to and from work. Additionally, alarming statistics from the Governors Highway Safety Association report says that a pedestrian is killed every other hour.

It is believed by many safety experts that states play a major role in ensuring safe roads by enforcing traffic laws and driver education programs that promote safe practices.

If you or someone you love was injured in a vehicle accident caused by another driver, you or your family may be entitled to compensation to help with medical bills, lost wages, and pain and suffering. Call The Lee Steinberg Law Firm today for a FREE consultation with one of our experienced Michigan auto accident attorneys: 1-800-LEE-FREE.