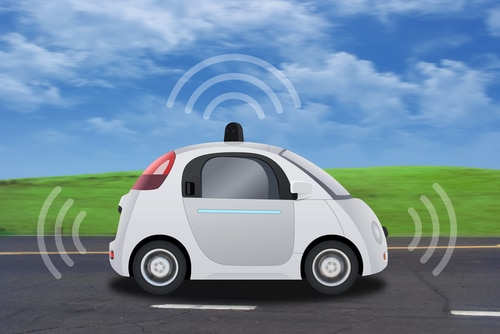 With snow expected to hit many parts of Michigan in the coming weeks – Waymo, formerly known as the producer behind the Google self-driving car project, has committed to send its self-driving technology to Michigan roads this year. The vehicles will test how the mix of winter conditions affect the way an autonomous vehicle handles the road. Executives say although they have been running cold weather testing since 2012, they felt it important to add the Greater Detroit area to the test market. The goal is to further improve technology and make sure the vehicles can operate safely in all kinds of environments including Michigan’s dreaded snow, sleet and ice packed roads. The company is also looking at this testing as an opportunity to assess the way sensors perform in wet, cold conditions and build on teaching the cars how to handle things like skidding on icy, unplowed roads.

Waymo CEO, John Krafcik wrote in an October 2017 blog, “Michigan is a natural choice for Waymo’s winter testing. In May 2016, we opened our 53,000 sq ft. self-driving technology development center in Novi so we could more easily collaborate with our Michigan partners. Since then, Waymo’s local engineers have been working on many different parts of our technology, including outfitting our fleet of Chrysler Pacifica hybrid minivans with our Waymo-designed and built suite of sensors.”

Waymo claims to have the most experienced cars on the road, with over 8 years and 3.5 million self-driven miles to date.

It’s estimated that every year, 1.2 million lives are lost to traffic crashes around the world, and in the U.S. the number of tragedies is growing. In Michigan alone, traffic deaths increased the last two years by 10 percent, up from 963 in 2015 to 1,064 in 2016, according to information from Michigan State Police. The number of fatalities made 2016 the worst year in more than a decade for the state.

A striking commonality of most traffic crashes is that 94 percent will involve human error. The National Highway Traffic Safety Administration (NHTSA) report inattention and distraction, driving too fast for conditions, illegal maneuver and misjudgment of gap or others’ speed, poor directional control, and drowsy driving and sleep as just some of the most critical reasons for the high number of human errors that causes crashes.

As self-driving technology is aimed to create a reduction in human error, driving may become much safer than it is today and save thousands of lives from driver error induced crashes. And with so many conversations about the autonomous driver, if an accident did occur – where will that liability shift to? Stay with the driver or move to the car manufacturer or the author of the new technology? We look forward to continuing this conversation as automated driving takes control of our roadways in the future. Stay connected with us!

The Lee Steinberg Law Firm, P.C. was founded by nationally recognized attorney Lee Steinberg in 1973. Beginning with a small office in northwest Detroit, Lee has grown his practice into a prosperous and successful law firm with offices throughout the State of Michigan. Lee has tried cases to verdict in various jurisdictions throughout the country, and his staff of dedicated lawyers fight each day for the compensation their clients deserve.