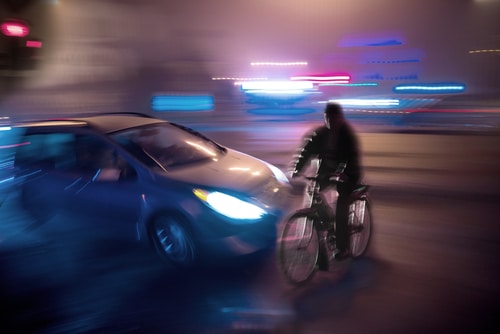 With each new year brings the hope for renewed laws and better protections for citizens. And in 2018, it’s been reported by the Associated Press that Michigan lawmakers are proposing to introduce what they call, “some of the nation’s strictest bike-safety regulations and tough new penalties for distracted motorists who cause serious injury or death while using a mobile device.” Republican Rep. Triston Cole, chairman of the House Transportation and Infrastructure Committee, says the proposals have widespread support in the Senate, especially the bold move to protect cyclists, which is now awaiting further study in the House.

Nearly 2,000 cyclists were injured on Michigan roads last year and the number of cyclists killed almost doubled, rounding out at 38 lives lost due to road accidents involving a motor vehicle. Investigative crash reports concluded that 24 of the bicyclists killed were riding straight ahead just prior to the crash. Cyclists see that as evidence that motorists are not understanding the accident risk they are taking when passing a bike too closely.

Current bicycle lanes found in Michigan are not separated from vehicle traffic and create a dangerous situation, especially where congested streets meet dangerous intersections. The proposed legislation will require drivers to wait for five feet of clearance before passing a bike – a wider range than the 30 states that have enacted similar distance-specific laws, most requiring three feet of clearance for passing bikes. Bicycle advocate groups like the League of American Bicyclists are cheering the suggested changes saying the extra two feet will likely force drivers to pull into the next lane rather than try to squeeze by, an avoidable driver choice that increases the risk of a bicycle meets car tragedy.

If these new bike-safety changes take effect, Michigan drivers will have to start accepting that more of the people they are sharing the roadway with are bicycle enthusiasts who will be protected by the strongest legal protections the state has ever seen.

The state currently is home to about a half a dozen cities that have already enacted local five-foot ordinances and several areas in Detroit, Lansing, and Royal Oaks have dedicated bike lanes to allow bicyclists to be passed safely. Other towns in Michigan, from Grand Rapids to Traverse City have plans to implement bike lanes or are in the process of going forward with similar projects. In addition, these 12 Michigan communities have earned official bike-friendly recognition from the League of American Bicyclists.

The League of American Bicyclists has detailed standards a city must reach to be considered bicycle friendly including; laws must protect bikes, there must be an effort to educate drivers and riders, lanes and trails must connect all parts of the community, and there should be evidence that residents are riding regularly. In addition, the League has designated 20 bicycle friendly businesses and seven bicycle friendly universities here in Michigan.

What Every Driver Should Know About Sharing The Road With Bikes

Until the proposed laws are set into motion, the Lee Steinberg Law Firm urges motorists to follow these general, common-sense road safety rules for interacting with bicycles on Michigan roadways.

It is essential to keep these road sharing tips in mind when traveling on a street or highway with cyclists. Michigan bike accidents are all too common and everyone must do our part in ensuring the safety of the general public.

In Michigan, bicyclists injured in an accident involving a car or truck are entitled to Personal Injury Protection (PIP) benefits, also known as first-party benefits, under the Michigan No-Fault Law. PIP benefits cover reasonably necessary medical expenses related to the accident, up to three years of lost wages, replacement services (to cover household chores or childcare the victim can no longer complete), attendant care such as in-home nursing, medical mileage, out-of-pocket costs, and vehicle and/or home modifications.

To determine whose no-fault insurance will cover a bicyclist’s injuries, no-fault law outlines “priority” rules. These rules determine which car insurance company is obligated to pay no-fault benefits. There are five levels of priority, listed below in the order of responsibility:

We enjoy following the movement of these proposed laws and will continue to do all we can to encourage safer Michigan roadways for all who travel them.

We Want To Help You Recover From Your Bicycle Accident

Working with insurance companies to ensure you get the compensation you deserve can be frustrating and confusing. We can help. Please call Lee Free and speak to our bicycle accident attorneys at 1-800-LEE-FREE (1-800-533-3733) or fill out the Free Case Evaluation Form. And remember, you pay nothing until we settle your bicycle accident case.