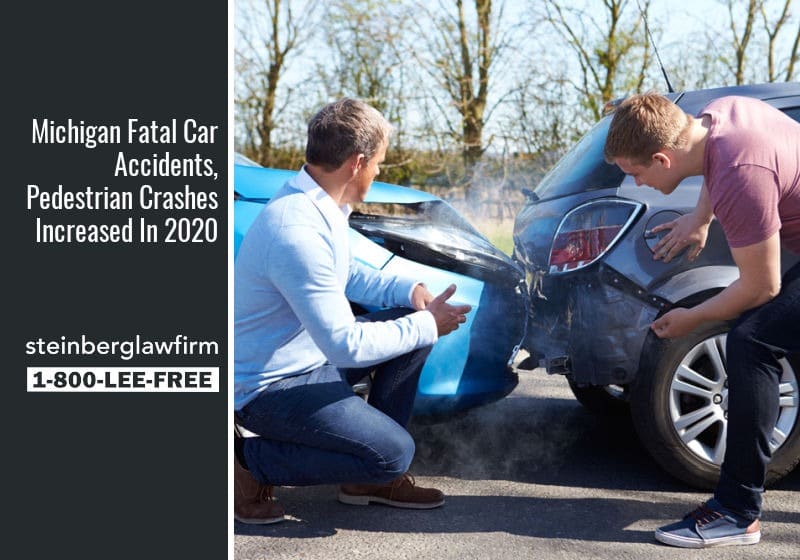 How The 2020 Pandemic Brought Out Michigan’s Worst Drivers

According to statistics compiled by the NHTSA and published in January 2021:

Due to the influx of road deaths in 2020, the NHTSA launched public campaigns in some of the most at-risk states, including Michigan. The agency focused on reaching motorists who have adopted risky driving practices during the pandemic like speeding, distracted driving, drunk and drugged driving, pedestrian safety, and failure to wear their seatbelt.

Risky driving behaviors leave thousands of innocent victims and their families in its wake every year, but not as heavy as 2020. Michigan State Police have released preliminary numbers to match the NHTSA’s crash fatality data. In 2019, Michigan reported 985 traffic fatalities, and in 2020, 1,032 road fatalities from all crashes. The hike occurred even though traffic volume was down across the state as much as 60% in the pandemic’s peak weeks.

Speed was a significant factor in crashes statewide. Average speeds rose significantly on urban and rural roads during 2020, according to Michigan State Police. And Michiganders increased their speed on average by 25% or more than 90 miles an hour in major urban areas including Detroit, Ann Arbor, Grand Rapids, Lansing, Flint, Saginaw/Bay City/Midland, Muskegon, Marquette, Jackson, and Battle Creek raising a higher likelihood of pandemic era crashes in those communities.

The rise in severe crash injuries and fatal accidents last year may be connected to the strains and stresses associated with the pandemic, and an alarming increase in drug and alcohol sales and use. The 2020 research into fatal and disabling injuries among motorists found that two-thirds of drivers had at least one drug in their system at the time of their crash, including alcohol, marijuana, or opioids, according to the NHTSA report.

The Michigan drunk driving attorneys at the Lee Steinberg Law Firm, P.C., urge drivers to take more care on the roads and to never drive under the influence of alcohol or drugs. Under the law, individuals injured due to a drunk driver are entitled to Michigan no-fault benefits and compensation for their pain and suffering.

Pedestrian Safety Paid the Price for the Pandemic’s Bad Drivers

A new report from the Governors Highway Safety Association (GHSA), Spotlight on Highway Safety, shows how the pandemic’s harmful driver consequences have been more deadly for pedestrians as well. Nearly 3,000 pedestrians were killed on U.S. roads during the first six months of the pandemic, according to the GHSA. And 2020 is projected to see the largest ever annual increase in the U.S. pedestrian fatality rate. Similar numbers are likely to be found in Michigan as well.

Michigan is a no-fault state which means that all parties in a car crash are eligible for benefits from their insurance companies, regardless of who caused the accident. Pedestrians (motorcyclists and bicyclists) are protected under the Michigan no-fault law so long as a motor vehicle is involved in the accident.

Were You Injured in a Michigan Car Accident in 2020?