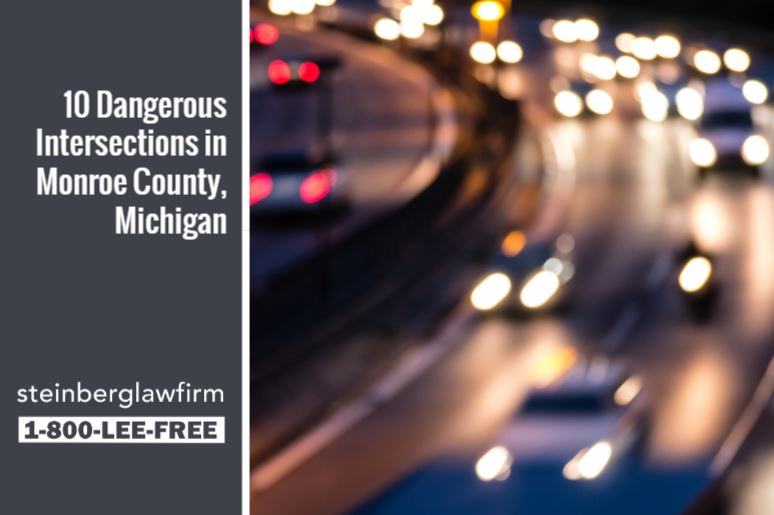 Located on the western side of the state, 25 miles south of Detroit, Monroe, Michigan has been identified in an April 2019 review by 24/7 Wall St as the worst city in the state to drive in. According to the study, the city had 15.4 traffic fatalities per 100,000 people and a 25-minute average commute time with 92.4 percent of commuters driving to work.

Michigan state averages generated by the report were:

Monroe is known as a commuter residence for workers traveling to Detroit, Ann Arbor, and Flint areas. Commuters who practice unsafe driver behaviors contribute to a significant number of roadway deaths and permanent injuries to others as they face longer driver times than others. If you are a commuter from Monroe, it’s best to follow safe commuter driving tips such as:

In general, practicing patient and calm driving can significantly reduce crash risk factors between everyone sharing the road.

Five vehicles were involved in a chain-reaction crash in March of 2019. The collision closed M-50 in Monroe in both directions for a time. The accident resulted in multiple injuries to drivers and passengers, some of them dangerous to young children, according to Michigan State Police, Monroe Post.

Investigating police say the chain reaction of events started when an eastbound vehicle was stopped on M-50, waiting for westbound traffic to clear and attempting to turn left. Several of the drivers were commuters.

Chain-reaction crashes often create serious injuries which require life-altering decisions concerning finances and employment to be to be made by individuals and their families.

As the 2019 summer break kicked off, a frequent afternoon crash involving young drivers occurred on US-24 near Walmart, 2150 N. Telegraph Rd. The accident happened at the traffic light near the Murphy gas station where the Mall Road loops around the stores.

Dangerous crossroads can be identified by having heavy traffic, poor signage and street lighting, discontinuous sidewalks, a reputation for aggressive and speeding drivers, and busy with heavy bicycle and pedestrian traffic. Mix those risks factors with inexperienced or distracted drivers, and an accident is likely to occur.

In January of 2019, one person died in a semi-truck vs. pickup truck accident at the intersection of M-50 and Herr Road in the early morning hours. Police reports say the pickup abruptly pulled into the lane in front of the semi, causing the semi to collide with the back of the vehicle. Unfortunately, the semi driver, a 54-year-old man, did not survive his injuries. Though the number of semi-truck accidents has decreased over the years in Michigan, the likelihood of a fatality in such an accident remains very high, much higher than with other kinds of vehicles.

Every year The Federal Highway Administration reports approximately 2.5 million intersection accidents. Poorly constructed and congested intersections remained contributing factors for Monroe County crashes and related injuries in 2018, especially those that intersect at already busy corners, lined with retail businesses and near freeway on and off ramps. According to the Michigan State Police Traffic Crash Reporting Unit, those intersections include:

Our motor vehicle accident injury attorneys have been reviewing Michigan’s most dangerous roads and intersections for some time now. And while we know there are plenty of other communities home to all types of driving dangers such as distracted drivers, poorly engineered roads and too high of speed limits, greater awareness and traffic data tracking as noted through the report by 24/7 Wall St, is an excellent step to understanding how to make Michigan roads safer.

Our Auto Accident Attorneys Can Help You

The truth is, even the unthinkable can happen to the safest driver out there, and car crashes that end with serious injuries occur far more frequently than most of us realize.

If you were injured in a motor vehicle accident in Monroe County, the auto accident attorneys at The Lee Steinberg Law Firm would like to speak to you and help provide relief. Call us today for a free consultation about your case: 1-800-LEE-FREE or fill out the Free Case Evaluation Form.

With offices in Detroit, Flint, Saginaw, and Southfield, we are equipped to meet at a location that is convenient for you.

What Michigan communities do you think pose hazardous driving risks? Or have you traveled a stretch of road that requires the attention and survey of the Michigan Department of Transportation? Visit with us on Facebook, and we can help share your concerns in a future write-up.