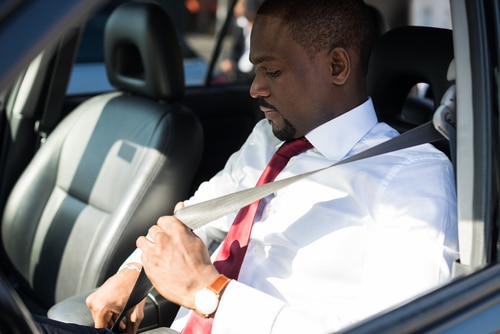 A study led and recently released in early 2019 by online insurance resource Quote Wizard says Michigan’s insured drivers are the best in the U.S. The research group sampled incident statistics (with more than two million data points) from the users of online insurance sites and juxtaposed it to Federal Highway Administration fatality data. Analysts then created the rankings using a sum of weighted means calculated from driver incidents such as motor vehicle accidents, traffic citations, drunk or drugged driving, being involved in a traffic fatality, and speeding tickets.

Here’s a summary of Quote Wizard’s Best and Worst Drivers by State 2018 full rankings with the No. 1 slot representing the worst driver state:

Uninsured drivers, which Michigan has plenty of, and their risky behaviors were not sampled or reviewed for this study. According to the Insurance Research Council, Michigan sits fourth in the nation for the number of uninsured drivers — about 20 percent. Drivers who are uninsured will encounter more traffic citations, speed, drive under the influence or distracted, and are involved in more motor vehicle accident fatalities than drivers who are insured. Unfortunately, the reason why so many Michigan drivers operate without insurance is that the state carries one of the highest prices in the country for a policy. Many believe the state’s no-fault insurance policy, known as Personal Injury Protection (PIP), also contributes to less insured drivers who may not drive as careful as those who pay for insurance.

How Else Are Michigan Drivers Rated?

In 2018, our motor vehicle accident injury attorneys shared reviews of many different reports like this one, all aimed to rate Michigan drivers and identify their good and bad choices. For example, using data from the U.S. Department of Transportation’s National Highway Traffic Safety Administration (NHTSA) a May 2018 report by Car Insurance Comparison also ranked Michigan as a best driver state by measuring fatality rates, drunk driving, speeding and other habits of both good and bad drivers. Contradictory to previous reports by AAA, this report ranked Michigan in the No. 42 slot for worst drivers, making it No. 9 on the top ten best driver state list. Michigan has consistently rated this high in similar Car Insurance Comparison reports.

When it comes to speed and reckless driving, personal finance website WalletHub reviewed 2018’s Strictest and Most Lenient States on Speeding and Reckless Driving in July. This time Michigan landed 13th for most lenient of all U.S. states in having drivers who take part in risky driving and driving too fast, not something to be proud of as these poor driver behaviors remain to be major influences behind deadly crashes. The group first gathered data on penalties for speeding and reckless driving across 12 key metrics and then measured each state against each other. The findings concluded that although Michiganders may not be hit with the maximum fines for speeding as other states, they sure do get away with it, making them a speeding road hazard and risk to others as well.

Several Michigan communities are heavily contributing to a larger trend in bad driving behaviors such as distracted driving. University of Michigan researchers, using Michigan State Police traffic crash reports, concluded distracted driving crashes tallied twice as high as drunk driving across the state in 2017. Distracted driving resulted in 20,115 vehicle crashes while drunken driving and alcohol-related crashes peaked at 10,265. About 27 percent, or 1 in 4 people, involved in those distracted driving accidents sustained at least one injury, 7 percent of which were serious or life-threatening. 60 accidents resulted in 73 deaths, including 29 drivers, 18 passengers, 12 pedestrians, 10 motorcyclists, two bicyclists and one person operating a snowmobile. 24 percent of these distracted driving accidents were causes by electronic devices. The motor vehicle accident attorneys at the Lee Steinberg Law Firm took a deeper look into the state’s urban hubs or heavily populated suburban communities and revealed the highest number of distracted driving related crashes occur in Detroit, Grand Rapids, Bloomfield Township in Oakland County, Lansing, and Sterling Heights.

Several studies and similar reports are released each year ranking good and bad drivers per state. At the end of the day, we believe everyone should be practicing good driving behaviors like being a patient, sober, and alert operator to greatly reduce all road users’ motor vehicle accident risks.

If you have been injured in a motor vehicle crash and believe it was caused by someone else’s poor driving decision, the motor vehicle and motorcycle accident injury attorneys at the Lee Steinberg Law Firm are ready to support your claim. Not only can a personal injury lawsuit help ease financial burdens, it can help create awareness to prevent driver errors that pose serious risks to road users every single day. Please call and speak to our car accident attorneys at 1-800-LEE-FREE (1-800-533-3733) or fill out the Free Case Evaluation Form.