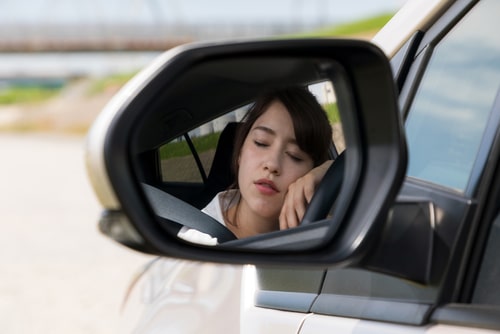 Michigan State Police recently reported a 9 a.m., weekend rollover crash on Interstate 94, east of Telegraph Road, near Pelham Road. The accident report says the car was carrying four passengers, ages 19 to 33-years-old. The driver, a 20-year-old Melvindale resident, was believed to have been asleep at the wheel and lost control, forcing the car to roll several times and overturn into the median when a backseat passenger was ejected into the other lane. Thankfully, he was not struck by any motorists and did not sustain further injuries. A second male passenger is believed to have been ejected out the back of the car window. The young driver was only partially ejected but found pinned under the car when MSP and EMS arrived. The accident report states Michigan LifeFlight helicopter transported one passenger to an area hospital while two were taken by EMS to Beaumont Dearborn Hospital.

The fourth passenger, who was riding in the front was a 19-year-old from Melvindale, and reportedly the only occupant to have a seatbelt on. He sustained only minor injuries. Luckily no other vehicles were involved in this crash. A AAA study found young drivers between 16 and 24 were almost twice as likely to be involved in a drowsy driving crash as a driver over 40 years old.

Michigan is Lousy for Drowsy Driving

To avoid becoming a drowsy driver, get solid sleep before operating a vehicle and schedule breaks about every two hours during long trips or share driving responsibilities with other passengers. Certain medications, and drugs and alcohol can cause drowsiness so don’t use them before driving. If you’re behind the wheel and feel the need to rest, find a safe place to pull over and take a break.

Contact Us Now About Your Michigan Drowsy Driving Accident Injury

If you have been injured in a motor vehicle crash and believe it was caused by a drowsy driver, the motor vehicle and motorcycle accident injury attorneys at the Lee Steinberg Law Firm are ready to support your claim. Not only can a personal injury lawsuit help ease financial burdens, it can help create awareness to prevent driver errors that pose serious risks to other road users.