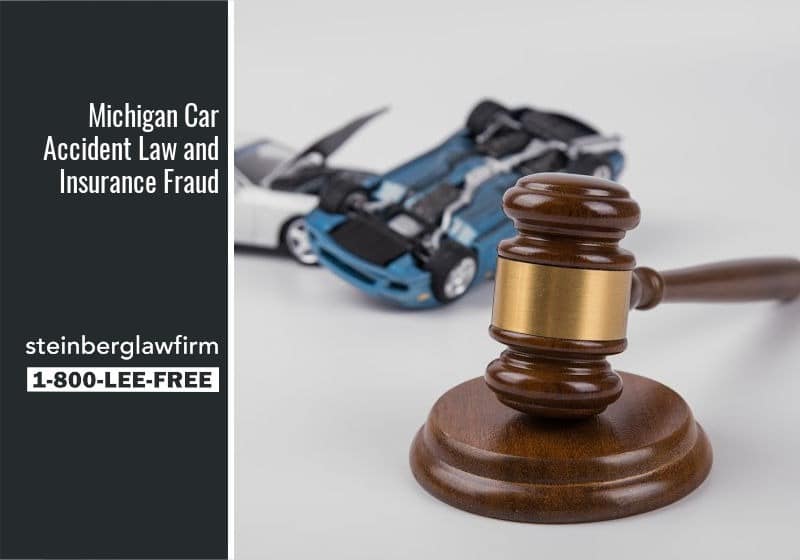 A very important decision was released by the Michigan Court of Appeals this month that will greatly change the way Michigan no-fault PIP cases are litigated by car accident injury lawyers throughout the state.

The decision is a good one for claimants and injured individuals because it makes it much harder for defendant car insurance companies to dismiss cases on the basis of fraud. Car insurance companies love to try and get cases thrown out in court by alleging any sort of fraud on the part of an injured person. All insurance policies contain an anti-fraud provision. These provisions typically include language that says a policy is void if the insured intentionally concealed or misrepresented a material fact, engaged in fraudulent conduct or made false statements.

The insurance carrier will then try to use any type of alleged fraud, real or perceived, and ask the trial judge to dismiss the case, thereby taking away the injured person’s ability to obtain all no-fault benefits following a Michigan car crash.

In Haydaw v. Farm Bureau Insurance, docket no. 345516 (published, 7/9/2020), the plaintiff was injured in a car accident in Wayne County. He sustained injuries to his back, neck and shoulders. He filed a claim against Farm Bureau for the recovery of no-fault benefits, including medical expenses.

Farm Bureau filed a motion to dismiss the entire case, arguing the plaintiff falsely represented the fact he had neck and back problems before the car accident and therefore violated the fraud provision contained in the Farm Bureau insurance policy. The trial judge in Wayne County agreed with Farm Bureau and dismissed the case. The plaintiff appealed.

In a unanimous published decision, the Court of Appeals reversed. In doing so, the Court held that statements made during litigation after the plaintiff’s claim is denied does not constitute grounds to void an insurance policy under a fraud provision.

The Court went on to hold that false statements made after a lawsuit is filed and during discovery do not provide ground to void the car insurance policy because by that the time the claim has been denied, the parties are adversaries in litigation. By that time, it is up for a jury not the judge to weigh the credibility of the witnesses and the parties and to determine for themselves what is true and what is false.

The Court also stated that once an insurer fails to timely pay a claim and a lawsuit is filed, the parties’ duty of disclosure – such as the plaintiff’s medical history – are governed by the Michigan rules of civil procedure, not the auto insurance policy and any fraud provisions it contains.

Last, the Court found that when an insurance carrier has already denied a claim, it may not defend the claim on the grounds that the plaintiff subsequently failed to adhere to the contract. According to the Court, “[T]he rule in Michigan is that one who first breaches a contract cannot maintain an action against the other contracting party for his subsequent breach or failure to perform.”

The implications of this case and its reasoning are huge. For years insurance carriers have been able to get otherwise valid claims for Michigan no-fault benefits dismissed by asserting some sort of fraud on the part of the plaintiff. The Court of Appeals decision of Bahri v. IDS Prop Cas Ins. Co., 308 Mich App 420 (2014) has been a sword utilized by insurance companies like State Farm and Allstate to get rid of cases for even the most benign reasons.

For example, I have seen cases get dismissed because the plaintiff failed to list every single ailment he suffered from on an Application for Benefits or because a person failed to accurately state how much he made in earnings from a job. The plaintiffs in these cases were not trying to hide anything. They just didn’t know this information at the time of their depositions or forgot to list all their injuries. But car insurance companies use these discrepancies to assert a material misrepresentation and thus fraud, thereby allowing them to get out of paying all the no-fault benefits available under the insurance policy.

This case will help put a stop to this gamesmanship. It will help even the playing field and force car insurance carriers to pay on valid claims. The Court of Appeals in this case even mentioned the perverse ways insurance carriers wait in the weeds to get cases dismissed.

For example, insurance carriers will bait or lead the plaintiff into making an inaccurate statement about his or her medical history despite knowing the person’s medical history because they already have the medical records! This type of behavior will no longer be rewarded.

If you or anyone else have any questions about the Haydaw case, or any questions about the Michigan no-fault law and your entitlement to benefits, please call our toll-free number at 1-800-LEE-FREE (1-800-533-3733). Our team of professional and aggressive Michigan car accident lawyers are standing by, ready to assist and answer your questions. And there is no fee ever until we win your case.