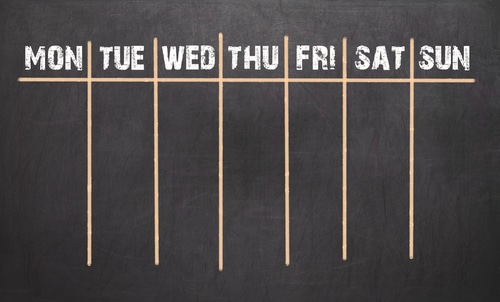 7-Day Insurance Policies Ultimately Harm Those Who Purchase Them

There has been a lot of press recently about the cost of Michigan auto insurance. Michigan is the only state that offers unlimited medical expense protection from a car insurance carrier following a Michigan car accident. This means an individual injured in a car accident can obtain payment for all medical expenses – whether it be surgery or rehabilitation – without having to worry about getting stuck with insurmountable medical bills.

A dark side of Michigan’s high auto insurance rates is the availability of 7-day insurance policies. These policies allow a driver to purchase car insurance in Michigan for only 7 days, just long enough for a driver to obtain vehicle registration and license plate tabs from the Michigan Secretary of State. The short insurance period basically allows drivers to skirt Michigan law, which requires drivers to maintain auto insurance coverage for vehicles operating on our state’s roadways.

The car insurance agencies that sell these horrible policies in Michigan, most notably LA Insurance, prey on individuals who don’t have other options and cannot afford to purchase insurance through normal carriers. Most of the policies are sold in cities like Detroit and Flint, where the cost of auto insurance is highest. Often, the purchaser is unaware the insurance automatically lapses after seven days because no notice is provided.

In fact, the Michigan Secretary of State conducted a study between July 2015 and June 2016. During that time, 90,701 motorists purchased seven-day policies. 90 days later, only approximately 16% of those motorists still had car insurance.

Last year, the Michigan Department of Insurance and Financial Services (MDIFS) informed Integon National Insurance – better known as National General – that it was withdrawing approval for seven-day policies here in Michigan. However, Integon appealed and it appears these policies continue to be sold throughout Michigan.

There is little question the high cost of Michigan car insurance has made it virtually impossible for some individuals to be able to afford car insurance. But creating a loophole that allows such drivers to purchase insurance for a week – thereby creating a situation where said driver is operating an uninsured car for months afterwards – is dangerous and only weakens the system.

In the past few months, I have received calls from multiple people severely injured in car accidents that required surgery and long rehabilitation that were driving a car on a 7-day policy. These individuals will need months of long-term care and would ordinarily be entitled to pain and suffering compensation.

But in each of these situations, the injured person was driving with a lapsed 7-day policy. Because they were operating an uninsured vehicle they owned, they are unable to obtain Michigan no-fault benefits. In addition, they can’t even go after the at-fault driver who caused their horrific injuries for pain and suffering compensation.

The Michigan Secretary of State and MDIFS needs to step up and put an end to the mockery that are 7-day policies. When almost none of the purchasers of these policies are maintaining adequate car insurance a few months later, the program is not working. At the very least, no car insurance policy sold in Michigan should be less than 30 days.

Certainly, individuals need a cost-effective way that allows them to obtain state required car insurance when the purchase of a new or used car is made. The intent of short-duration insurance policies has a place in this state. However, 7-day policies do nothing to protect the drivers who purchase them or the public at large. Reform is needed.