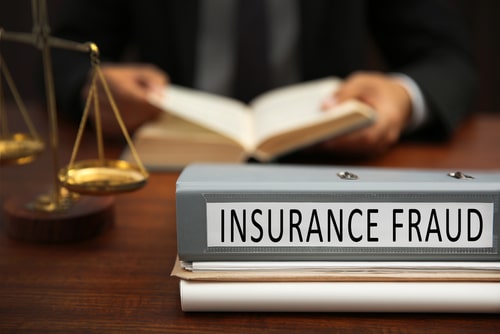 The Michigan Supreme Court issued its highly anticipated decision in the Bazzi v. Sentinel Insurance case and it’s a victory of sorts for both sides. The case involves the ability of individuals to obtain Michigan no-fault benefits from an auto insurance company when the policyholder procured or purchased the insurance policy through fraud.

The Court held a no-fault insurance company cannot automatically rescind a Michigan car insurance policy with regard to an innocent third-party even though the policy was procured by the insured through fraud. Instead, the trial judge must balance the equities between the insurance company and the innocent third-party claiming benefits to determine whether the policy should be rescinded between those parties.

In the underlying case, Mr. Bazzi was injured in a car accident while driving a vehicle leased by his mother. Although his mother leased the vehicle in her own name, Sentinel Insurance insured the vehicle through a commercial policy issued to Mimo Investment, LLC, which was a shell company. Basically, Sentinel alleged the plaintiff’s mother and another family member misrepresented who was actually using the vehicle.

Sentinel filed a lawsuit to rescind the policy on the basis the injured person’s mother had obtained the policy through fraud. Sentinel also filed a motion to get out of paying Mr. Bazzi’s no-fault PIP claim, again arguing that because the policy was procured by fraud, it was not responsible for paying Mr. Bazzi’s benefits even though Mr. Bazzi had nothing to the with the alleged fraud.

The trial judge allowed Sentinel to void the policy but denied its request to get out of paying Mr. Bazzi’s no-fault claim. The court held that the plaintiff had a valid claim for PIP benefits under the innocent third-party rule, which says an insurance company may not rescind benefits for mandatory coverage (like PIP no-fault benefits) as to an innocent third-party injured in an accident, even though the insured procured the policy through a material misrepresentation in the application.

The Court of Appeals reversed the trial judge’s ruling, holding the innocent third-party rule did not survive a prior Michigan Supreme Court ruling, Titan Ins. Co v. Hyten, 491 Mich 547 (2012), and as a result Mr. Bazzi, an innocent third party to the fraud, was not entitled to benefits from Sentinel because Sentinel could rescind the insurance policy.

In Bazzi, the Michigan Supreme Court in a split decision, affirmed the Court of Appeals’ holding that Titan abrogated the innocent third-party rule. But the Court went on to also hold that Sentinel was not allowed to automatically rescind its insurance policy and that the trial court needed to balance the equities involved here between Mr. Bazzi and the defendant insurance company.

In making this ruling, the Michigan Supreme Court acknowledged that insurance carriers can utilize common law defenses, such as insurance application fraud, as well as equitable remedies like rescission.

According to the Michigan Supreme Court, this powerful remedy can be utilized by insurance companies against innocent third-parties. Even though Mr. Bazzi did not take part in the alleged fraud and turned to Sentinel for the payment of no-fault benefits resulting from his injuries, insurance carriers could still rescind the insurance policy because the no-fault act does not prevent or any way limit an insurer’s ability to rescind a policy on the basis of the common law defense of fraud. This includes as to innocent third parties, such as Ms. Bazzi.

The Court went on to hold that insurance policies are contracts and are governed by statutes and the common law related to contracts. Where no statute limits the right of a policy, the insurance contract governs and common law defenses, such as rescission based on fraud, remain in effect until they expire or are changed. Although the no-fault act is a statute, nothing in the language of the law does not preclude or otherwise limit an insurer’s ability to rescind a policy on the basis of the common law defense of fraud, including as to third parties.

However, the Court went on to hold that a claim by an insurance company to rescind a contract (policy) is equitable in nature, and the claim is not strictly of right but instead granted as a remedy controlled by the discretion of a trial judge. A trial judge must balance the equities to determine whether the car insurance company is entitled to the rescission, and the remedy should not be granted when the result would be unjust or inequitable.

As such, the Court sent the case back to Wayne County Circuit Court where it started for the judge to weigh the equities involved and decide whether or not Sentinel should be obligated to pay Mr. Bazzi’s no-fault benefits in this case.

The decision did have a dissent. Justices McCormack and Viviano disagreed with the majority’s conclusion that the Titan decision got rid of the innocent third-party rule. Unlike that case, which dealt with optional insurance coverage, this case deals with mandatory PIP coverage. Every insurance policy must have PIP coverage unless it is excluded as provided in MCL 500. 3107.

According to the dissent, because the statute requires that injured person’s like Mr. Bazzi must be provided no-fault benefits, common law defense like recessions are not allowed. As a result, car insurance companies like Sentinel should not be allowed to rescind the insurance policy in cases involving no-fault benefits, like this one.

But this rationale is only a dissent and the majority’s holding controls.

The ruling is frustrating in some ways because the Court gives little to no guidance on what factors trial judges should use when deciding whether or not to rescind a policy based on fraud.

What constitutes good cause for rescinding a policy and what does not? When factors weigh against allowing the insurance company to rescind the policy as being too unfair? This was never described by the court. No analysis was given.

Unfortunately, this will only lead to confusion and inconsistency at the trial court level. Judges throughout Michigan will be making inconsistent rulings based on identical fact patterns.

In addition, this ruling also forces innocent victims, such as Mr. Bazzi, to apply to the Michigan Assigned Claims Plan (MACP) whenever there is any doubt as to whether a car insurance carrier will step up and pay a claim. The MACP is a state administered but insurance carrier run organization that assigns a servicing insurance carrier to pay a Michigan car accident victim’s no-fault benefits when no other carrier is responsible for paying the claim. It is the carrier of last resort.

For example, if you are a passenger in an uninsured vehicle, the driver of the car is uninsured and you don’t have car insurance in your own household, the MACP will assigned an insurance company to pay your Michigan no-fault benefits.

The MACP has experienced a huge increase in applications and claims as Michigan insurance no-fault companies have gotten extremely aggressive in rescinding policies and otherwise avoiding paying valid benefit claims. This decision will only put more pressure on the MACP.

The Michigan car accident injury attorneys at Lee Steinberg, P.C. will continue to monitor how the Bazzi decision plays out. We work hard everyday to ensure our clients win and get the Michigan no-fault benefits they are entitled to. If you have any questions about the Bazzi ruling please give us a call at 1-800-LEE-FREE (1-800-533-3733).