What Proof Is Needed in a Civil Rights Case? | Call Lee Free
Skip to content 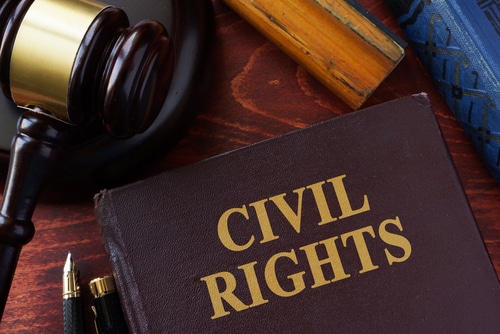 It is no question that an increase in occurrences have that shown police brutality is on the rise. On average, there are nearly 6,000 incidences of police brutality reported and more than $347 million paid in related settlements each year in the U.S. Of course we hold those that protect the law in high regard at the Lee Steinberg Law Firm. But when an officer does not perform up to professional standards, uses excessive force, makes a false arrest, or wrongfully shoots someone, legal guidance becomes necessary to hold police officers and their departments accountable.

Interactions with police in connection with a crime is an unsettling experience for most anyone, especially those who believe they are not guilty. The thing to remember is that as long as the police officer is performing his job properly, there is no violation of a suspect’s rights. Lawsuits against police don’t exist unless that officer’s job performance shows that unreasonable conduct was demonstrated. This means police are often immune in most typical police vs. suspect interactions. Civil rights cases come into play when police conduct violates an individual’s constitutional and state rights under primary civil rights law, 42 U.S. Code, Section 1983 which states:

“Every person who, under color of any statute, ordinance, regulation, custom, or usage, of any State or Territory or the District of Columbia, subjects, or causes to be subjected, any citizen of the United States or other person within the jurisdiction thereof to the deprivation of any rights, privileges, or immunities secured by the Constitution and laws, shall be liable to the party injured in an action at law, suit in equity, or other proper proceeding for redress, except that in any action brought against a judicial officer for an act or omission taken in such officer’s judicial capacity, injunctive relief shall not be granted unless a declaratory decree was violated or declaratory relief was unavailable. For the purposes of this section, any Act of Congress applicable exclusively to the District of Columbia shall be considered to be a statute of the District of Columbia.

Misconduct claims against police departments can not only take a long time to build but they can also be expensive. They require a lot of supporting evidence that may not be easy to come by, including police records, statements of police and of witnesses, and various other official documentation. Victims should also provide their own evidence like photographs, video, clothing or other objects that was involved in the incident. The most common claims brought against police officers are:

If the necessary evidence is present and a lawsuit is set to move forward, there may be compensation available to a victim or their family.

If you or someone you know may have been the victim of police misconduct, talk to one of ours lawyers with experience in civil rights cases as soon as possible to secure all evidence. Please call Lee Free and speak to our team at 1-800-LEE-FREE (1-800-533-3733) or fill out the Free Case Evaluation Form. And remember, you pay nothing until we settle your case.

In my 22 years of practice, I’ve been representing victims of police misconduct each and every year that I’ve been practicing. And I think that the most important sense of accomplishment that those cases give me is really bringing some justice to probably the most vulnerable people in our society. And to me the most important thing in these cases is getting justice for the families and also for holding police officers accountable just like everyone else despite the fact that they have a badge.