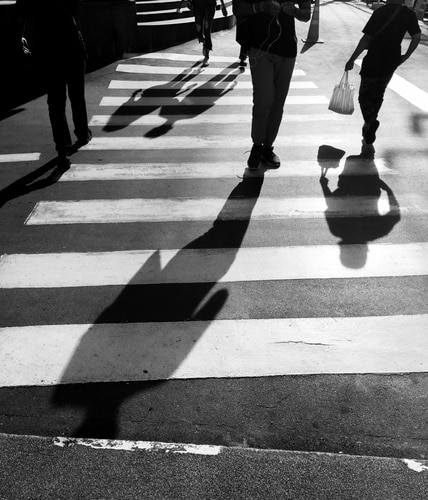 As we all know, pedestrians face dangerous conditions walking along Michigan roadways. Whether its avoiding deteriorating sidewalks and walkways, speeding cars or distracted drivers, walking across busy streets and avenues is not easy. According to a recent Detroit Free Press article, the problem is getting worse than ever, with a record number of pedestrian fatalities. In just 2016 and 107, a staggering 12,000 pedestrians were killed in the United States. 16% of all motor vehicle fatalities now involve a pedestrian.

In general, Michigan is the 19th most dangerous state for pedestrians, based on various factors.

The reasons for greater dangers for pedestrians are numerous. Lanes of travel are wider than ever before, increasing the number of speeding cars and making it more difficult for pedestrians and bicyclists to cross the street. Many communities fail to have adequate crosswalks, and when they do, they are spread out and not adequately marked. In addition, turning lanes such as the famous “Michigan U” turn and now ubiquitous round-a-bouts create blind spots and distracted drivers at busy intersections.

Detroit in particular is a very dangerous place for pedestrians. If fact, Detroit had the highest per-capita pedestrian death rate out of any large city in the United States, with 34.5 deaths per 100,000 residents between 2010 to 2016. In addition, the rate of hit-and-run pedestrian crashes in Detroit was an astounding 46% from 2009-2016. This compares to 18% nationally.

The areas of the city most susceptible for pedestrian crashes are obviously some of the busiest areas for motorists. The entire thoroughfare along Gratiot Avenue on the east side has resulted in pedestrian deaths during this decade. The stretch between Greiner Street and E. 7 Mile Road is the most treacherous, with nine pedestrian deaths between 2009-2016.

A dangerous area for pedestrians on the west side is Greenfield Road between 6 Mile Road and 7 Mile Road. Anybody who has driven along that area probably understands why. A mostly residential area with few crosswalks and a street that seems to encourage speeding, it can create a deadly recipe for area motorists and pedestrians alike.

Downtown Detroit also has its share of problems. As the downtown area has grown in popularity, with new businesses filling vacant office and commercial spaces and new commercial and residential units coming to market every month, traffic congestion and pedestrian use has grown. In a one square mile area along Woodward, seven pedestrians were killed between 2009-2016.

The city of Detroit is thankfully taking some corrective actions to solve this tragic problem. First, the city has installed tens of thousands of streetlights to better illuminate busy roadways and neighborhood streets. The city also wants to install roughly 100,000 sidewalk slabs to make walking along our city sidewalks a less hazardous endeavor, thereby taking people out of the roadway were many currently feel it’s safer to walk.

Is the City Doing Enough?

Although this is a great start, this writer believes more crosswalks must be installed along busy roads, such as Gratiot and Grand River. Most pedestrian deaths involve people not using a crosswalk and walking across the street at an unmarked area, often because the next crosswalk is hundreds of yards away or further.

Crosswalks needs to be more accessible. Something as easy as painting crosswalk labels on the street with the white lanes will signal to drivers that this is an area for pedestrians and to proceed with caution.

If you have any questions about Michigan pedestrian accidents, please call our office to speak with an experienced pedestrian accident injury lawyer who can answer your questions. The phone call is free and we never charge a fee until we win your case. Please call us at 1-800-LEE-FREE (1-800-533-3733).