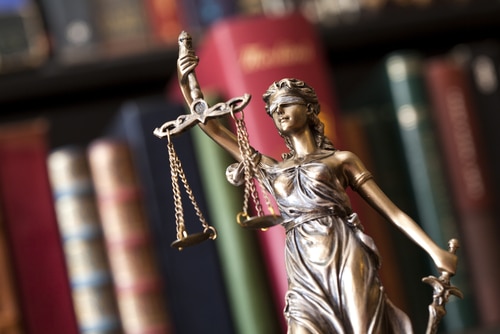 The car wreck attorneys at Lee Steinberg Law Firm, P.C. are pleased to announce a large Genesee County car accident settlement resulting from a violent crash in Davison, Michigan that occurred in 2015.

Our client, a young woman who was pregnant at the time of the accident, sustained multiple fractures and broken bones when another driver made an illegal turn into her vehicle on State Street near Lapeer Road. The responding police officer at the accident scene assigned 100% fault to the other driver for failing to yield to oncoming traffic. However, at her deposition, the at-fault driver changed her story and asserted that our client was also attempting to make a left-hand turn at the intersection.

Our attorneys working on the case retained an accident reconstruction expert to rebut this incredible and ridiculous claim. Eventually, at the end of the case the at-fault driver accepted responsibility for causing the accident.

Our client underwent multiple surgeries to repair fractures to her right leg and ankle. She also sustained a closed head injury resulting in a traumatic brain injury. This injury affected her ability to process information, impaired memory, mood, speech, and created post-traumatic stress, anxiety and depression.

Besides the physical and emotional pain, the car accident also created great financial hardship. The car accident caused our client to lose the job she had at the time of the accident. She was then forced to take on another position at less pay. It is unclear if she will ever be able to return to her prior career with higher pay in the future.

Her injuries also greatly impacted her family’s life. At the time of the accident, she was married, pregnant and had a small child. They were a happy and healthy family. Fortunately, the pregnancy was not impacted by the accident, but everything changed drastically following the car wreck.

After the crash, our client was bedridden for weeks. Since then, their lives were controlled by medical appointments and her crippling anxiety and depression. Our client’s husband took over all the chores after the crash, and teamed up with his wife’s mother to care for their children. Since the accident, our client has not been able to participate in family activities like she used to, including camping, hiking and playing with her children.

Our law firm is very proud to represent this very brave and incredible young woman. Although the car crash changed her life in an awful and tragic manner, she has fought courageously to get healthier and to improve her life as much as possible. We are very happy we were able to obtain a large settlement that provides some justice for what happened to her, and will aid her and her family over the coming years.