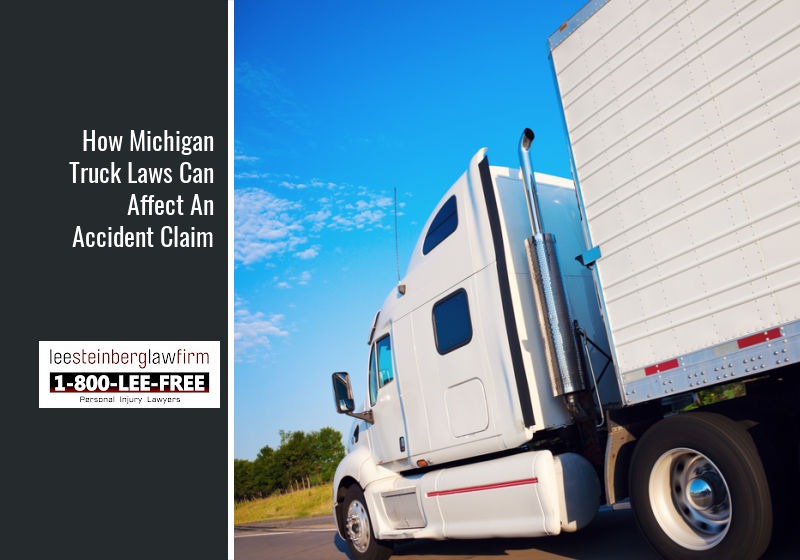 Getting involved in a car accident with a commercial truck is different from other kinds of accidents. Not only are the damages and injuries often worse due to the size of commercial trucks compared to passenger vehicles, but the accident claims are often handled a bit differently.

When a commercial truck driver is at fault for an accident, it will likely be their carrier or the company they work for that will carry the responsibility of handling the accident claim. And truck carriers and trucking companies often have good insurance and their own legal team to protect them.

As such, it’s not uncommon for them to argue their way out of paying high settlement amounts. However, if their truck driver was the one responsible for causing the accident, they should have to pay the injured victim the full settlement they deserve.

In these situations, it is highly recommended that the injured victim works with their own attorney who has experience handling Michigan semi truck accident claims. You will need to provide sufficient evidence to prove that the truck driver acted negligently and was potentially disobeying federal commercial driver regulations and Michigan truck laws.

Before jumping into Michigan truck law and other regulations that can play a role in a semi-truck accident claim, it’s helpful to first understand how to distinguish between regular truck drivers and commercial truck drivers.

In Michigan, a commercial truck driver is someone who is required to carry a Commercial Driver’s License (CDL). This gives clearance to operate:

What Is a Commercial Driver’s License?

A truck that falls under one or more of the categories listed above is considered a commercial truck, and the driver must carry a CDL.

But what is a commercial driver’s license exactly?

A CDL is a special type of license that is required for drivers of heavy vehicles and vehicles that can carry many passengers or that transport hazardous materials. There are three types of CDLs:

There are several regulations set forth by the Federal Motor Carrier Safety Administration (FMCSA) to ensure the safety of commercial truck drivers and others on the road with them.

The FMCSA trucking laws and regulations include:

To ensure the safety of all motorists and truckers, Michigan has specific laws that govern commercial truck drivers. These Michigan truck laws primarily concern the size and weight of commercial vehicles.

In Michigan, vehicles are required to have a permit if they are over 13’ 6” in height and weigh more than 80,000 pounds.

How These Laws and Regulations Can Affect Semi Truck Accident Claims

However, it is possible to still file a claim against the at-fault truck driver or their carrier/company after you have filed a claim through your insurance. If you intend to do so, you will need to provide evidence that proves the truck driver or the truck carrier is the one to blame.

To do this, you will need to understand all federal and Michigan truck laws, as well as all other traffic regulations, to show that the truck driver or carrier acted negligently by disobeying one or more of these laws or regulations. If the truck driver or the company they work for disobeyed any of these laws or regulations, they can be held accountable and thus responsible for compensating the injured victim for their damages.

It’s important to note, however, that Michigan also follows comparative negligence laws, which can also affect your semi-truck accident claim. Comparative negligence laws only allow you to recover damages for an accident if you were no more than 50% at fault. So, as long as the truck driver or carrier holds the majority of the blame, you could still sue them for damages.

Filing a claim against a semi-truck driver can get complicated with all of the additional rules and regulations involved. As such, it’s crucial that you work with an experienced commercial truck accident attorney.

At The Lee Steinberg Law Firm, we have years of experience handling challenging truck accident cases and know what it takes to ensure the right party is held accountable. We will help you navigate your semi-truck accident claim and ensure you are awarded the full settlement you deserve.

Call our Michigan personal injury lawyers at 1-800-LEE-FREE (1-800-533-3733) to speak with an experienced semi-truck accident attorney. You’ll pay nothing until we settle your personal injury case.