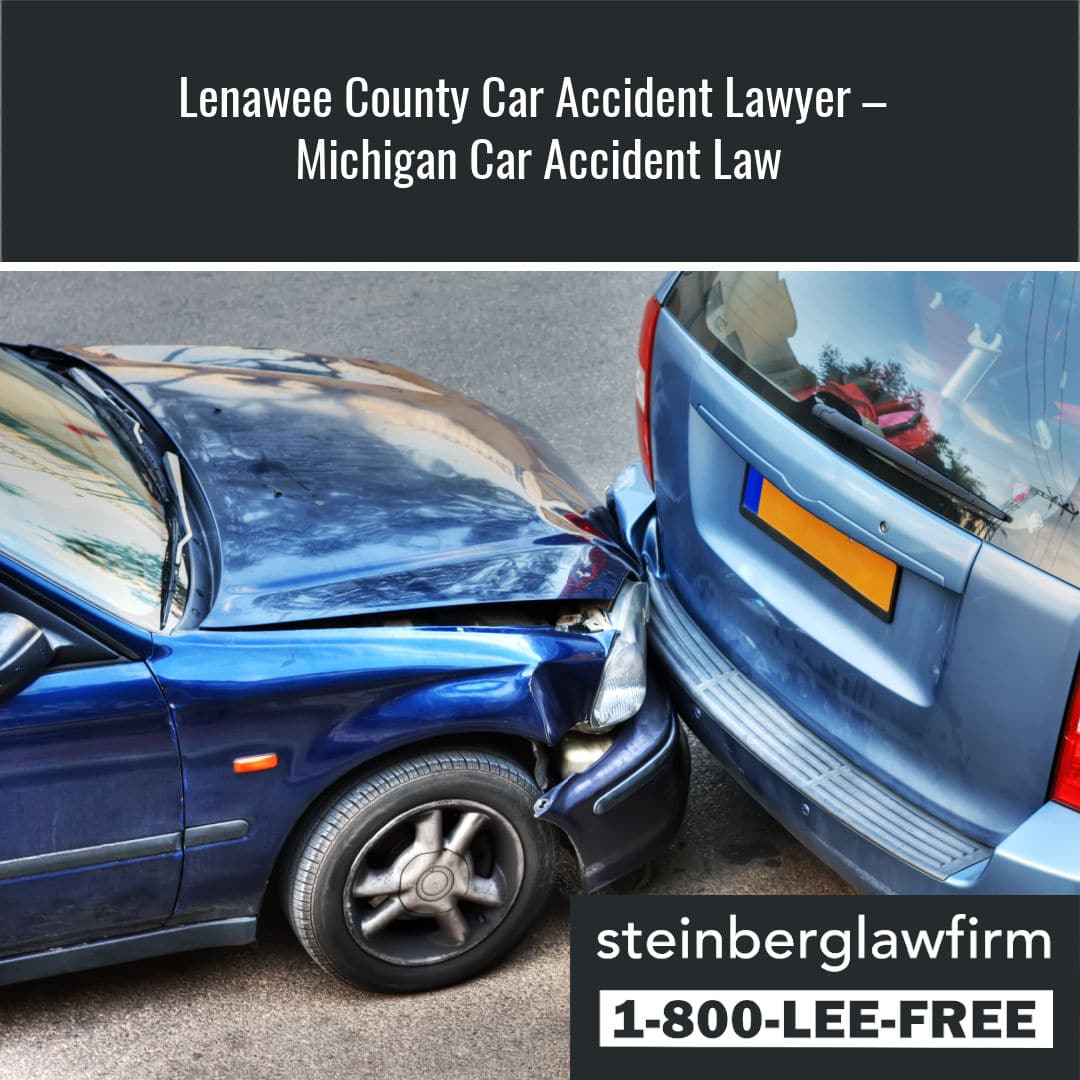 Lenawee County is an idyllic area in southeastern Michigan. With open country fields and beautiful terrain throughout, it makes for a nice area to live and work. The county seat is in Adrian, which is a medium-sized community of 20,000 people that rests in the middle of the county.

Although the traffic congestion outside of Adrian is normally fair, car accidents and truck accidents in Lenawee do happen. In fact, in 2019 there were 2,557 crashes that resulted in 633 injuries and 15 fatalities. The highest number of car and truck crashes in Lenawee occurred during November (312) and the most number of crashes occurred between 3:00 pm and 6:00 pm.

The cities or towns with the most car accidents in Lenawee County in 2019 were Adrian, Raisin Township, Tecumseh, Woodstock Twp., Cambridge Twp., and Madison Twp. Some of the highways and roads with the most accidents include M52, US223, M50, US12 and US127.

When a person is injured in a car accident in Lenawee County, they are entitled to compensation. A Lenawee car accident lawyer can help you obtain the compensation you deserve, including the payment of Michigan no-fault benefits.

Under Michigan law, a person injured in a car accident can obtain both pain and suffering compensation, as well as PIP benefits – also known as no-fault benefits. No-fault benefits include the payment of hospital bills, doctor’s bills and other medical expenses, lost wages, reimbursement for prescriptions and out-of-pocket costs, survivor benefits following a wrongful death and other benefits.

Who is Responsible for Paying a Michigan No-Fault Claim?

There are rules set in place to determine which car insurance company is responsible for paying no-fault PIP benefits. First, you always turn to your own insurance company. For example, if you have Allstate insurance, and you were injured in a car accident in Adrian or Tecumseh, Allstate would be responsible for paying your no-fault benefits, such as medical bills and lost wages.

If there is no insurance in the household, then the injured person must turn to the Michigan Assigned Claims Plan (MACP). The MACP is an organization controlled by the insurance industry and will assign a car insurance company to pay the claim once eligibility requirements are met and the application is submitted. Participating insurers in the MACP include Farm Bureau, Allstate, Farmers Insurance, AAA Insurance and Citizens Insurance.

Claims for pain and suffering compensation from a car accident in Lenawee are the same as other claims in Michigan.

In Dumire v. Evener, docket no. 350270 (unpublished, 10/15/2020), Mr. Dumire was struck by a semi-trailer in Lenawee County. From the accident scene, Mr. Dumire went to Bixby Hospital. An x-ray performed in the emergency room showed he suffered a three-millimeter fracture to his left elbow. Because of the fracture, he could not work at as handyman for a week and his doctor recommended he avoid lifting, pushing, or pulling with his left arm for three weeks.

Over the next few months, the range of motion to his left arm returned to normal. However, he did continue to experience pain when using the left arm to lift heavy objects.

Mr. Dumire filed a lawsuit for compensation for his pain and suffering resulting from the car wreck. The defendant filed a motion, asking the court to dismiss the lawsuit because the plaintiff failed to demonstrate he suffered a serious impairment of body function.

Under Michigan law, to be eligible for non-economic damages – such as pain and suffering compensation – an individual must have a “threshold injury”.

The trial court held that based on the plaintiff’s injuries, he failed to show he suffered a serious impairment of body function and dismissed his case. The plaintiff appealed to the Michigan Court of Appeals. In a unanimous decision, the Court reversed the trial court’s ruling, holding there was a question of fact as to whether or not Mr. Dumire sustained a serious impairment of body function, thus allowing him to move forward with his case.

In making this ruling, the Court first found there were significant contradictions concerning the nature and extent of the plaintiff’s injuries. Under Michigan law, when there is a contraction that creates a genuine issue of material fact about the extent and nature of a plaintiff’s injuries, the case must go to a jury. So the Court felt the trial judge was premature in dismissing the case.

But the Court of Appeals did not end there. The Court went on to rule there was evidence that showed the plaintiff’s ability to lead his normal life was affected by the car accident. His medical records demonstrated he was unable to work for one week and his treating doctor limited certain activities for at least two months after the accident. Further, the pain in his left arm required him to self-limit and restrict his work and everyday activities. In addition, the plaintiff was not required to show the impairments had “a lasting effect’ on his ability to lead his normal life. Instead, the law merely requires he show it had some effect, which he did. There is no requirement that the impairment permanently destroyed his life.

Because the plaintiff met this burden, the Court held the trial court was erroneous in dismissing his claim for pain and suffering compensation and he was permitted to pursue his claim in the trial court once again.

Dumire v. Evener is an important case not only for folks injured in a car accident in Lenawee County, but for individuals injured in a car, truck or motorcycle accident across the state of Michigan. Although the decision is unpublished, and therefore is not binding precedent, it can still be used by injured parties to argue in court that even injuries that may be limited in time and scope are compensable under the law.

The case signals to trial judges that an individual does not have to miss 3 months of work or have a host of hobbies limited following the accident to be eligible for pain and suffering compensation. Instead, so long as a litigant demonstrates an objective finding to an important body part, and the impairment affects that person’s general ability to lead his life, then he can present his claim for compensation to a jury.