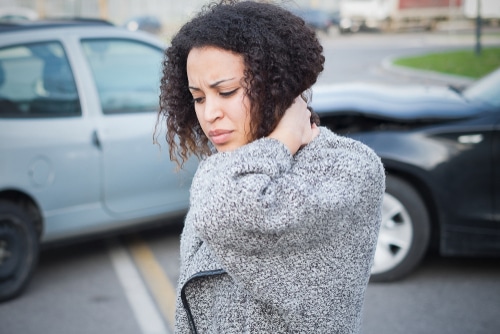 A very important part of being a Michigan car accident lawyer is following the decisions that come down from the Michigan Court of Appeals. An important issue that always gets lots of attention is the way our courts analyze Michigan pain and suffering cases arising out of a car, truck or motorcycle accident.

Last week, the Michigan Court of Appeals again ruled on a case involving a woman who was involved in a car accident. In Yates v. Sodergren, the Court ruled that the plaintiff did sustain a threshold injury and therefore could pursue her case for pain and suffering, non-economic damages, reversing the Wayne County trial judge’s ruling that originally dismissed her case.

Following a 2014 Detroit car accident, the plaintiff was taken to Detroit Receiving Hospital complaining on neck, back and shoulder pain. She followed up with her family doctor, who diagnosed her with neck strain that disabled her from work for one month. The plaintiff then saw a pain management doctor, who recommended physical therapy for six weeks. Because of the car accident, the plaintiff ended up doing physical therapy for four months.

MRI of the neck and shoulder were also performed. They showed a cervical strain and a small rotator partial tear. The auto insurance company sent the plaintiff to two “independent” medical examinations, or IMEs. These examinations were performed by Dr. Zachary Endress and Dr. Phillip Friedman, well used doctors by the insurance industry to examine plaintiffs and minimize their injuries and case.

The defendant filed a motion in court asking the trial judge to dismiss the case, arguing the plaintiff had not provided enough evidence to show she had sustained a “threshold injury”. Under Michigan law, a person can only obtain compensation for pain and suffering caused by a car accident if the injured person suffers a threshold injury, which includes (1) death, (2) permanent serious disfigurement, or (3) serious impairment of body function. This case involved the third instance.

Under Michigan law, as defined by the Michigan Supreme Court in McCormick v. Carrier, 487 Mich 180 (2010), whether a person has sustained a serious impairment of body function requires a fact-specific inquiry into each case. It also requires comparing the plaintiff’s life before the injury with her life after the injury.

Using the McCormick standard, the Court of Appeals analyzed the plaintiff’s case. Prior to the accident, the plaintiff was a security officer working full time. Although her doctor disabled her for a month following the accident, she returned sooner because she needed the income. However, when she returned, she was reassigned to a desk job that was less physically demanding. The plaintiff was unable to lift or do the physical activity required for her original position.

The Court also looked at changes in her everyday life. Following the accident, the plaintiff was not able to participate in her bowling league two times per week. In addition, her ability to babysit and care for her granddaughter was greatly curtailed. She had difficulty cleaning her house and cooking, lifting heavy items and tying her own shoes.

Based on this evidence, the Court of Appeals felt the plaintiff had met the McCormick standard and that the plaintiff had presented enough evidence to show she had a threshold injury. As a result, the Court reversed the trial court’s ruling dismissing her case, allowing the plaintiff to go forward with her claim for pain and suffering compensation.

What Does This Mean for Other Michigan Car Accident Victims?

This court case is important because it sets a precedent for trial judges throughout the state. Insurance defense lawyers attempt to get Michigan car accident pain and suffering cases dismissed all the time and the argument is always the same. That the plaintiff was not injured enough and therefore his/her case must be dismissed because a threshold injury was not presented.

But in this case the plaintiff prevailed, and did so despite missing less than a month of work and having conservative medical treatment following her car accident. Going forward, lawyers for Michigan car accident injury victims can use this case when arguing to trial judges that their client did sustain a threshold injury as well.

Our law firm will monitor this case to see if it is appealed to the Michigan Supreme Court for yet another review of MCL 500.3135 and what the definition of serious impairment of body function means.