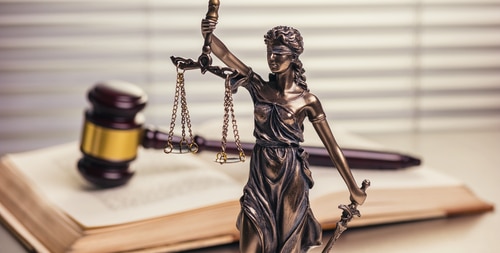 The Michigan Court of Appeals issued a ruling last week involving the Michigan no-fault law and fraud. In Thomas v. Allstate Insurance, docket no. 332100, unpublished 8/24/17, the court overruled a decision by a Wayne County judge, holding the plaintiff could go forward with her claim for pain and suffering compensation against Allstate Insurance.

The case centers on a January 5, 2012 Wayne County car wreck. Following the accident, the plaintiff filed a claim for uninsured motorist benefits against Allstate Insurance for the injuries she sustained. Allstate Insurance denied the claim and filed a motion in Wayne County Circuit Court to dismiss the case, arguing there was no question of material fact that the plaintiff engaged in fraudulent conduct with respect to her claim, and pursuant to Allstate’s anti-fraud provision, she was precluded from obtaining uninsured motorist benefits.

The trial court judge dismissed the case and plaintiff appealed to the Michigan Court of Appeals.

In reversing the trial judge’s decision to dismiss the case, the Court held there was genuine issue of material fact as to whether plaintiff committed fraud. In making its arguments to dismiss the case, Allstate relied on deposition testimony from another case that the plaintiff was never in the vehicle when the car accident occurred. Allstate also said the plaintiff was lying about her injuries. However, the plaintiff provided testimony she was in the vehicle when the crash occurred and her treating doctor supported her injury claims. Ultimately, the Court of Appeals said a jury should decide this case, not a judge.

This is decision is notable for a couple of reasons. First, it shows how aggressive insurance carriers like Allstate Insurance have become in using anti-fraud provisions contained within insurance policies to get cases dismissed. Even a few years ago these motions were never filed. Now insurance companies are claiming everything a plaintiff does is fraud and filing motions to get valid cases dismissed.

This decision is also notable because it contains a dissent from one of the Court of Appeals judges who would have upheld the trial judge’s decision to dismiss the case. The dissent is quite direct and basically signals to insurance carriers they can utilize any inaccurate or incorrect statement by a plaintiff to claim fraud and get a case dismissed.

In addition, the written dissent may be used by the Michigan Supreme Court to overrule this Court of Appeals decision, which would be awful for Michigan car accident victims. Unfortunately, I expect to see more motions like this from insurance companies going forward.