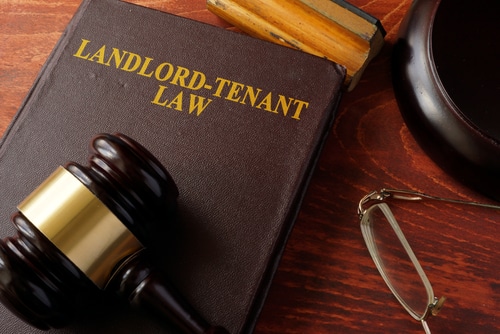 The Court of Appeals recently ruled in favor of a tenant in a Michigan slip and fall case from Livingston County. In Thompson v. Gibson, docket no. 333733 (unpublished, 8/8/2017), a man was injured while sweeping the back deck of a house he rented when the railing gave way. As a result of his fall, he sustained a detached triceps tendon which resulted in surgery.

He filed a lawsuit, claiming the Michigan landlord failed to adequately inspect the railing for hazards, failing to warn about the improperly secured railing, and violating MCL 125.401 by failing to keep the premises and all its parts in good repair.

The landlord of the home claimed she had no idea the railing was defective in any way. The plaintiff admitted in his deposition that he and his wife never complained directly to the landlord about the railing. As a result, the trial judge dismissed the case, ruling that because the landlord did not have actual or constructive notice of the defective railing, they were not responsible for the plaintiff’s injuries.

The plaintiff appealed the ruling and in a unanimous decision, the Court of Appeals reversed the trial judge’s decision to dismiss the case. The Court of Appeals stated that a home owner, like the landlord in this case, does have knowledge of a dangerous condition if he or she should have discovered the dangerous condition in the exercise of reasonable care. The landlord can’t just claim ignorance of a dangerous hazard. Although just a casual inspection of the home is sometimes sufficient, at other times a more vigorous inspection process is warranted.

In this case, both the defendant and plaintiff testified the deck had deteriorated over time. The plaintiff stated the wooden railing was completely detached from the post, had no visible nails and had a hole where it appeared a nail had once been.

As a result, the Court of Appeals held that a jury could infer the railing had deteriorated over time and was in an unsafe condition. Furthermore, this hazard had existed for a sufficient amount of time that the landlord could have taken preventative actions to correct the hazardous railing. In essence, the defendant should have known about it. Because a jury could have inferred negligence on the part of the defendant, the case should have been never been dismissed by the trial judge.

This case is a win for all Michigan tenants. So often, in the landlord-tenant personal injury cases we pursue, the landlord will argue he or she had no notice of the defect that caused our client’s injury. They effectively use what I call the “ostrich defense” – they stick their head in the sand and plead ignorance. The landlord in this case used the ostrich defense to initially get away with her negligent actions of never fixing the back deck railing . Fortunately, the 3 member panel of the Michigan Court of Appeals will allow the plaintiff in this case to have his day in court.