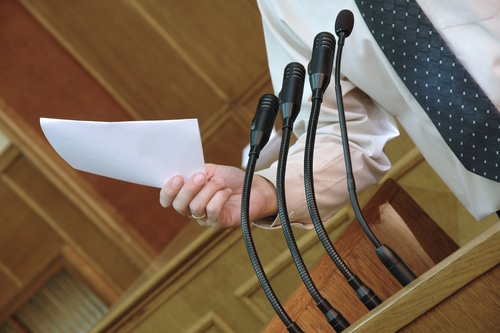 The Michigan Senate GOP is taking another swing at the Michigan No-Fault Law. And the new Senate Bill 1 is a doozy. For years now the insurance lobby and Republican legislatures have attempted to remove unlimited medical coverage and other benefits available to individuals injured in a Michigan car wreck. This latest attempt came after a supposed “listening tour” by state legislatures. However, the proposed legislation is even more pro-insurance and anti-consumer than other legislative bills that were unsuccessful in the past.

There is little doubt that car insurance rates in Michigan are too expensive. And something does need to be done to make auto insurance more affordable. But this bill provides no guarantees that insurance rates will decrease. It is completely one-sided, only benefiting the insurance lobby who probably wrote the bill on behalf of State Senator Aric Nesbitt, the bill sponsor.

The Consequences of Limited PIP Choice

This proposal does a number of things:

And then there is Medicare and Medicaid. These government programs simply do not pay for auto accident related treatment. So folks who have these plans will not be able to opt-out. Of course, this information would need to be explained to the insurance agent at the time the policy is sold, which will only cause more confusion.

The next level of “PIP choice” is $50,000 of PIP coverage with $200,000 trauma emergency room coverage. This level is similar to what Detroit mayor Michael Duggan proposed as part of the failed “D Insurance” plan a few years ago. Anybody who has ever been to an area hospital knows that $50,000 doesn’t get you very far. This coverage limit is way too little and will do nothing but allow insurance companies to reap profits while doctors, hospitals and injured individuals suffer.

The consequences of this limited PIP “choice” would be dire. Individuals injured in car accidents throughout the state would wind up with huge unpaid medical bills, resulting in collections and bankruptcy. Hospitals and doctors would be stuck eating medical bills for the treatment and services they provide. These costs would certainly be passed on to us in the form of higher taxes and higher health insurance premiums. This is exactly the type of situations the Michigan No-Fault Law successfully avoided when it was enacted 45 years ago.

Other Pitfalls of the New Bill

But the bad ideas from this Senate Bill do not end there. The bill contains a fee schedule for medical providers capped at the worker’s compensation rates. Worker’s compensation rates are very low, to the point that many providers simply refuse to treat injured workers hurt on the job. Instituting an unfair worker’s comp fee schedule short changes Michigan doctors, nurses and hospitals, as well as the general public.

Just as importantly, it will close the door to countless auto accident victims seeking medical treatment. Most doctors won’t want to wait 6-12 months or more for their bills to get paid, only to be reimbursed at the low workers’ compensation rate. It’s simply not worth it to them.

The bill also caps family-provided attendant care at 56 hours per week. Currently, family members can get reimbursed for the time and work they put in providing personal care to their loved ones for injuries following a serious car wreck. The bill limits this.

In addition, the Senate Bill provides a bevy of other insurance treats and rewards, including a fraud authority and the eventual wind down of the Michigan Catastrophic Claims Association. In all, it’s a total giveaway to the insurance industry. And for what? There is no guaranteed rate reduction, nothing about redlining and nothing about ending unfair insurance practices like charging more because of a credit score or zip code.

What We Should Expect

This bill will move to the state House, which is also under Republican control. However, the state House has been much more methodical in its approach to Michigan no-fault reform over the years. Let’s hope it takes this same approach now by dismissing the Senate Bill and starting fresh with something different and more beneficial to all parties.