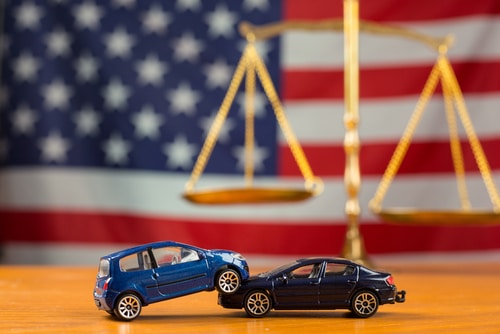 The Michigan legislature is making a last second run to dismantle the Michigan no-fault automobile law during the last week of this year’s tumultuous and controversial lame duck session.

The Michigan legislature has already passed a number of controversial bills this lame duck season. In fact, Governor Snyder may end up having more than 150 bills arrive at his desk for signature this week. One such bill could also include the gutting of the Michigan no-fault law.

The Michigan no-fault law has helped thousands of automobile accident victims since its inception in the 1970s. Yes, the cost of auto insurance is extremely high. And yes, something needs to be done about this. But the proposals that just popped up out of nowhere last week and are going to be voted on possibly tomorrow merely line the pockets of insurance companies while taking away benefits for the injured.

What’s In The Proposed Bill

The current House Bill does the following:

Why the New Bill is Worse

This bill also makes it likely that most doctors won’t want to touch an auto accident victim here in Michigan. The reimbursement rate is way too low and the time and cost involved in actually getting paid are too high. The fee schedule as written will act as complete barrier for care to those most in need.

Instead of acting as a way for doctors to receive prompt and fair payment for their services, this new law would do the exact opposite. This is bad for everybody involved.

The bill also doesn’t make required changes to third-party pain and suffering cases. For example, under current law, an injured person receives lost wages from the no-fault carrier for up to 3 years from the date of the accident. After that time, excess wages come from the at-fault driver’s or at-fault owner’s insurance company. But with this bill, benefits are capped. What happens to these wage loss claims where people still cannot work from the accident but their PIP cap was reached?

Also, what happens to seniors who opt out of no-fault entirely? Are they still required to meet a threshold injury as required MCL 500.3135 to get pain and suffering compensation? Since Medicare doesn’t pay for auto related treatment, their compensation for pain and suffering will go straight to paying for their medical bills. Is that something that the legislature understands in offering this proposal?

These proposals leave way too many unanswered questions. This is a multi-billion dollar decision this legislature is making, and it would serve the entire state of Michigan to leave this decision to the next legislative session where elected officials and stakeholders can work together to find a better solution for all parties involved.

We ask that the Michigan House votes no on this ill-conceived proposal so the citizens of Michigan can get something better in the future.