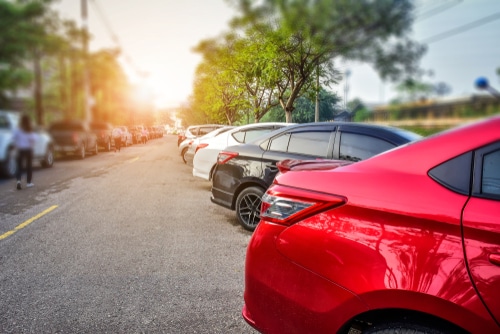 Most Michigan car accidents involve injuries resulting from a moving vehicle. Whether from a rear-end accident, a t-bone wreck following a missed stop sign, or a head-on collision due to a drunk driver on a rural roadway, most Michigan auto accident injuries arise out of the involvement of a moving car or truck.

However, under the Michigan no-fault law, injuries resulting while a car is parked can be also be compensable. These scenarios are specific and must meet certain exceptions to the general rule that accidents resulting from a parked vehicle are not payable under the law.

The statute or law that contains the “parked vehicle exception” is MCL 500.3106. The statute state in pertinent part:

(1) Accidental bodily injury does not arise out of the ownership, operation, maintenance, or use of a parked vehicle as a motor vehicle unless any of the following occur:

Under MCL 3106, in general, a person cannot make a claim for no-fault benefits from an injuring resulting from a parked car situation, unless he or she can prove the injury resulted from one of the three listed exceptions. I will explain each of these exceptions in turn.

The first exception is known as the unreasonably parked exception. This exception grants no-fault benefits when a vehicle is parked in such a way as to cause an unreasonable risk of injury.

Initially, benefits were extended in situations where a car or truck was protruding into the traveled portion of a highway, and an unsuspecting motorcycle or snowmobile operator hit the vehicle, causing injury. However, case law over the years has changed.

In 2004, the Michigan Supreme Court decided in Stewart v. State that just because a motor vehicle is parked entirely or in part of a traveled portion of a road does not mean the parked vehicle poses an unreasonable risk. Instead, factors such as the manner, location, and fashion in which a vehicle is parked are material to determining whether the parked vehicle poses an unreasonable risk.

Obtaining no-fault benefits under the unreasonable parked vehicle exception is quite difficult.

Exception #2 – Contact With Vehicle Equipment or Property During Loading/Unloading

For the first part, so long as you are touching equipment that is permanently mounted, and an injury results from it, you are entitled to benefits.

For the second section, so as long as there is physical contact with property while it is being loaded or unloaded out of a motor vehicle, a person injured during this process can obtain no-fault benefits.

It is important to understand that the plaintiff must be in the loading or unloading process to get no-fault benefits. Slipping and falling on an object while carrying something, but before the loading process started, does not count.

Exception #3 – Occupying, Entering Into or Alighting from a Vehicle

This exception deals with individuals who fall and sustain injury getting into or out of a motor vehicle. These cases are very fact specific. The exact location of the plaintiff at the time of the accident as well as his/her intent with respect to the vehicle is very important.

To be eligible for benefits while trying to get into a car or truck, the individual must have the intent to actually enter the vehicle. Although the case law on this exception varies, typically the car door must be open and the plaintiff must be taking affirmative steps to place himself or herself inside the car. This can be done by placing a hand on the door, taking steps towards the open door or actually having one’s weight transferred towards the car seat.

Alighting is a fancy word for exiting. The case law is clear in these cases. For a person to be entitled to benefits while exiting a parked vehicle, the person cannot have both feet already on the pavement and is outside the vehicle. At that point, the exiting process has been completed because the person has descended from the car. Frazier v. Allstate Ins. Co., 490 Mich 381, 808 NW2d 450 (2011).

But if the car door is open, and you still have one foot in the car and you are still in the process of getting your entire body out of the vehicle, but slip on ice and sustain an injury, this would be a compensable claim under the no-fault law.

The “parked car exception” to the Michigan No-Fault Law is very fact specific. The smallest difference in how the accident occurred can mean the difference between having no case or having a case worth thousands of dollars.

If you have any questions about a Michigan injury involving a parked car or truck, please call us at 1-800-LEE-FREE (1-800-533-3733) so we can answer any questions you have may and determine if you have a case. The call is free and we don’t get paid unless our client gets paid.